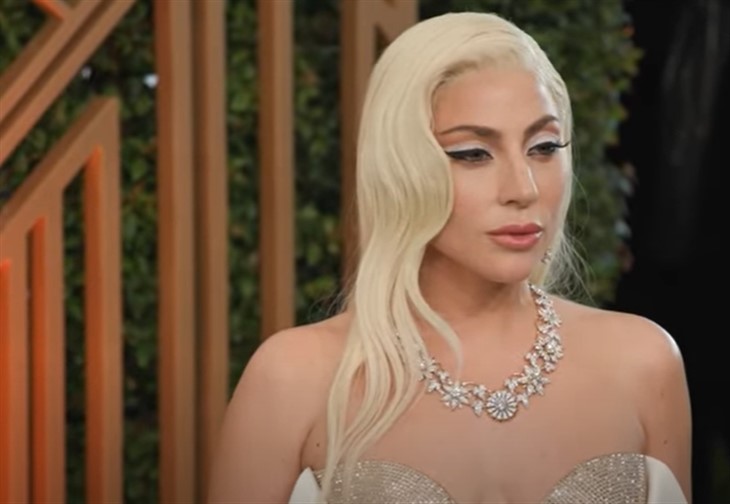 Critics Choice Awards nominated Lady Gaga as Best Actress for House of Gucci. Well, it stands to reason then, that she wore Gucci at the red carpet event. Actually, she just arrived from BAFTA in London and went straight into her second appearance in a single day. That confused some fans, and one of them suggested that she left part of her outfit back in the UK. In fact, some people gave her fashion style a hard no.

Lady Gaga is no stranger to surprising fans with weird outfits. After all when you wear a meat dress, what else can anyone do to top that? Or, non-top that in this instance. of course, it’s a great honor to be part of the prestigious event, and it’s all glam and style every single year. Plenty of famous faces grace the red carpet, which seems to be more important than the actual proceedings. Amidst the glitter and glam, Lady Gaga made sure that she stood out, literally, this week.

The Critics Choice Awards are given annually by the BTJA and BFCA as a way to honor the finest works and performers in both television and cinema. Well, Lady Gaga looked like she was actually about to walk the ramp for some other honor. So, critics can’t really understand why she managed to mangle such a stunning outfit. Most of it did look amazing and consisted of a flowing golden gown by Gucci. The back beaded trim was certainly eye-catching, but not as eye-catching as her upper area. And, that sort of spoiled it for a lot of folks.

Katie Joy of Without A Crystal Ball on Instagram shared a photo of Lady Gaga on the red carpet. Well, she wasn’t scathing, which is a bit unusual for the influencer. However, her followers were. Katie said, “Lady Gaga goes daring at the Critics choice awards tonight. She’s nominated for best actress for House of Gucci.” Then she added, “She’s of course wearing Gucci. 🔥” However, what ruined it for her followers were the two weird cup-like things that covered her breasts. Off course, she’s well known for her bizarre buckle embellished bra, but it seems that grows old now.

Those fans who saw the fashion that Lady Gaga wore to the Critics Choice Awards were under-impressed. They might not be fashion experts, but they didn’t need to be. One of them said, “Reminds me of a couple of horses with their feed bags on…”

Then another critic wrote, “Not loving that. The phrase “fun bags” comes to mind.”

One underwhelmed follower said, “Um. that is a hard No from me.”

Lady Gaga  – What Are Your Thoughts?

One fan opined about the Critics Choice Awards outfit, “It’s a no for me. Even Gucci makes mistakes.
😂” Do you agree with that sentiment? Sound off your thoughts in the comments below.

Be sure to catch up on everything happening with Lady Gaga right now. Come back here often for more Critics  Choice Awards spoilers, news, and updates.