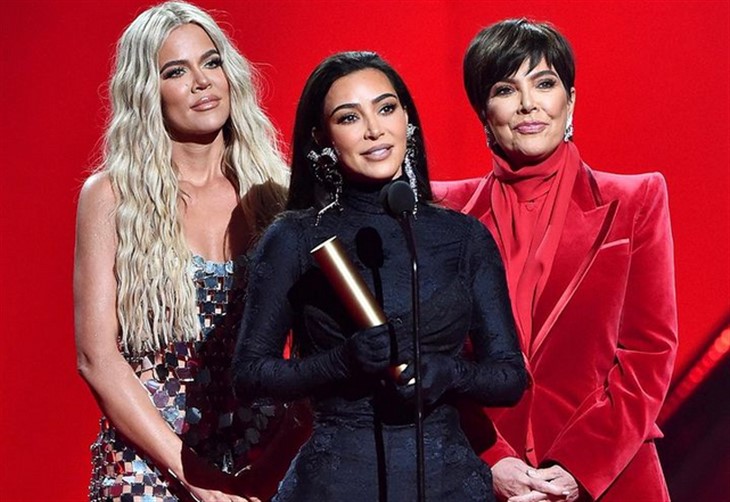 Hulu recently unveiled its “Keeping Up With The Kardashians” (KUWTK) spin-off, titled “The Kardashians.” And at first, KUWTK fans assumed that the reboot cast would mirror the original reality TV show. But now a new trailer has sparked rumors. Did a fan favorite get CUT from the KUWTK spin-off?!

As the premiere date for “The Kardashians” gets closer, gossip about who’s in and who’s out has soared. Find out why so many fans suspect that a certain KUWTK cast member got a reduced role in the spin-off. And see if that person might even have gotten totally eliminated! Keep up with the Kardashians reboot below.

When “Keeping Up With The Kardashians” (KUWTK) ended after 20 seasons, fans felt sad to see the iconic family end their reality TV reign. But it didn’t take long for rumors to swirl that some of the Kardashian and Jenner clan might return. And that gossip resulted in reality, with Hulu announcing the KUWTK spin-off, “The Kardashians” to brighten fans’ New Year.

Now, with the premiere of April 14 approaching, some fans have taken to analyzing the Hulu trailers to see who’s in and who’s out. Mom/manager Kris Jenner has made her appearance, along with her daughters Kim, Kourtney, and Khloe Kardashian as well as Kendall and Kylie Jenner. And even Kourtney’s new boyfriend, Travis Barker, showed up in a recent trailer featuring the couple’s engagement.

can you believe? #TheKardashians premieres april 14th on @hulu, and coming soon to Disney+ internationally and Star+ in Latin America. pic.twitter.com/bUjooSH1Sv

But fans feel worried about a favorite KUWTK star missing from the spin-off, pointed out Cosmo. On the original show, Kourtney’s baby daddy Scott Disick turned into a fan fave with his wild wit and ups/downs/mishaps. Did Travis Barker replace Scott in Hulu’s new reality TV show?

But here’s the “Where’s Waldo” level of questioning. On KUWTK, Scott Disick played a key role as Kourtney Kardashian’s on-again, off-again boyfriend and daddy of her three children. For instance, one of fans’ favorite episodes concerned Disick purchasing a knighthood in order to get everyone to call him Lord Disick. But does Kourtney getting engaged to Travis Barker mean bye-bye Scott?! Or will Disick become more of a recurring cast member than a main one?

We’ve got good news, sort of. Travis and Kourtney’s engagement means that “The Kardashians” will highlight the Barker-Kardashian connection. But Kris Jenner reportedly still loves Scott. And a recent sighting of Kris with Lord Disick at lunch included seeing the new reality TV show cameras filming the dynamic duo. All that’s left for fans to fear, then, is what to call Travis and Kourtney!

Tell us what you think. Do you prefer the nickname Kravis? Or do you think that Karker or perchance Bardashian has a certain ring for Kourtney’s and Travis’ couple nickname? And after you’ve shared your views, check back on our site for more celebrity news, gossip, and reality TV scoops!