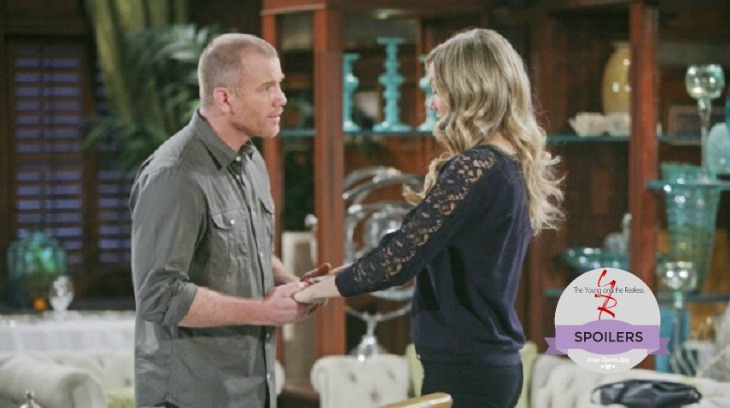 Abby (Melissa Ordway) doesn’t have a deep relationship track record to review on ‘The Young and the Restless’. That’s why her current mixed feelings aren’t helping ‘Stabby’ to improve. While her future with Ben (Sean Carrigan) isn’t certain, there’s always hope to consider.

At least she’s years past public cries for attention. As longtime viewers recall, Marcy Rylan strutted through Genoa City on horseback years ago. Ordway’s version of Abby hasn’t behaved like a teenager on too many occasions. But, Mrs. Rayburn still lacks meaningful depth to allow various adult situations to be handled with wisdom, or patience.

Impulsive behavior patterns have given way to mental knee jerks whenever something serious happens. Ashley’s (Eileen Davidson) interest in Ben and his own past interest in her would have created awkward feelings for anyone. But, Abby took that unusual situation to heart and didn’t let it go for awhile.

Max (Jared Breeze) tried to harm Abby and the baby that she was carrying. The miscarriage she suffered actually resulted in an encouraging sense of understanding where her husband’s ill son was concerned. When it was revealed that Max had a brain tumor, Abby responded with sincere compassion for her husband and stepson.

However, Abby fell into a funk when Ben needed to be with Max while he was recovering. When ‘Stitch’ returned to Genoa City he initially was opposed to having another child. Then, he changed his mind, but Abby became uncertain if becoming pregnant was the right step for their relationship at that time.

As viewers know, ‘Stabby’s relationship has been unorthodox and complicated from the jump. Abby’s past misguided relationship experience further mixes matters. Yet, chemistry does exist between this pair even if Abby admitted that there was no specific moment when she knew she loved her husband. So, while present days are tense, it remains possible that a likeable couple will remain together, or find their way back to each other, in the end.