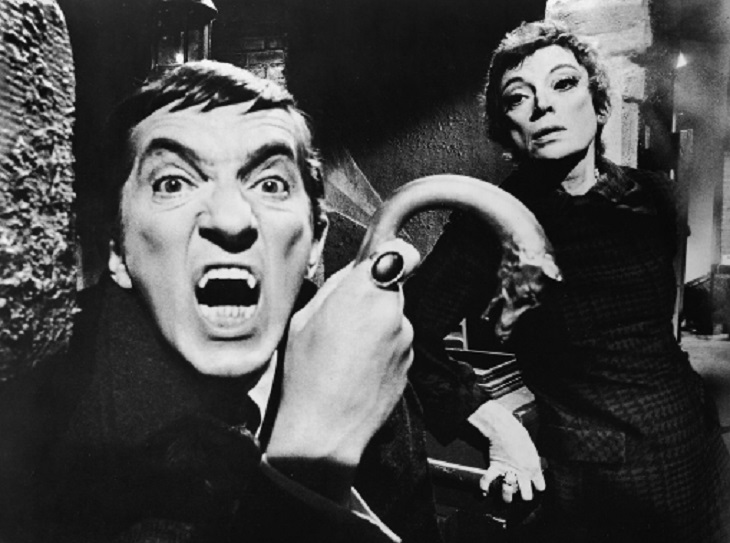 Great news for fans of the gothic soap opera ‘Dark Shadows.’ Cast members will reunite for a fan Halloween event to celebrate the daytime drama’s 50th anniversary. ‘DS’ made its debut on ABC June 27, 1966 and ran until April 2, 1971.

The details about the Hollywood Halloween Celebration were shared on the ‘Dark Shadows’ Festivals website. The fan event and cast reunion will take place on Saturday, October 29 from noon until midnight. The cost of tickets for ‘Dark Shadows 50th Anniversary Halloween-In-Hollywood with the Stars is $20 per person and payment must be received no later than October 24. Details on how to purchase tickets for the event are listed on the festival website.
Ticket price includes admission to the festival and a gift bag of special ‘Dark Shadows’ merchandise. Sandwiches, snacks and beverages will be available for purchase at the event.

Activities will include an advance preview of Lara Parker’s new novel ‘Heiress of Collinwood’ which will be released in November. There will be complimentary autographs and photo opportunities with the stars, a ‘Dark Shadows’ Halloween Costume Party and much more. There will also be a charity auction that will include Kathryn Leigh Scott’s original Maggie Evans hairpiece from 1966 and a ‘Dark Shadows’ script.

The auction will also include the opportunity for fans to bid on tickets for brunch on Sunday, October 30 hosted by Kathryn at her Beverly Hills home. The 10 fans who win this auction will then visit the nearby Greystone Mansion in Beverly Hills which served as the filming site for the 1991 ‘Dark Shadows: The Revival’ primetime drama.