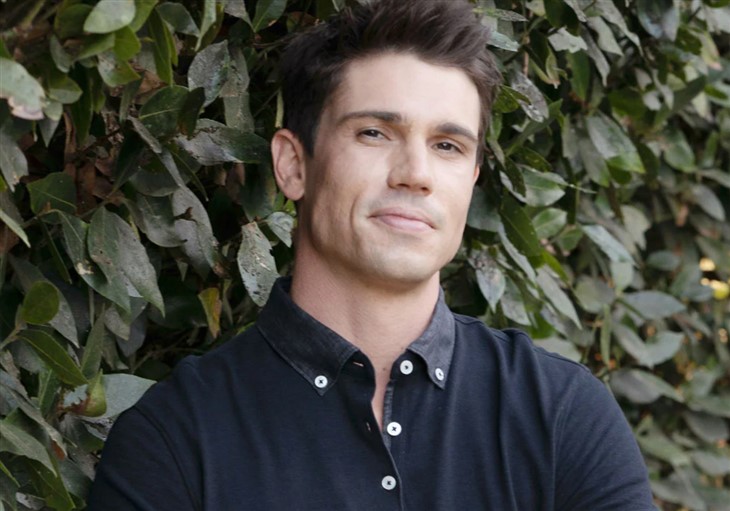 The Bold and the Beautiful spoilers document that the death of John Finn Finnegan (Tanner Novlan) prematurely ends what was one of the best feel-good couplings on this soap in many years. Steffy Forrester Finnegan (Jacqueline MacInnes Wood) is expected to survive the second shot Sheila Carter (Kimberlin Brown) took but will face profound grief as she has never experienced it before.

Teasers indicate that Finn will die due to the gunshot wound he received to his chest. Sheila’s intended target was his beloved wife and mother of his only child, Steffy.

The term only child was intentionally used because Sheila claimed to have only had one son from Jack Finnegan (Ted King). But Brown’s character’s status as B&B’s greatest villain of all-time can result in a powerful reveal in the not-too-distant future.

Sheila has a truly terrible backstory. The volume of crimes she has committed is legendary, with the most recent violent ones merely adding to her extended rap sheet.

An origin storyline of Brown’s character involved her stealing Lauren Fenmore’s (Tracey Bregman) newborn son on The Young and the Restless in the early 1990s. That was before when Sheila left Genoa City, Wisconsin, and moved to Los Angeles, California, where she applied for a job with her eventual husband, Eric Forrester (John McCook).

Is it impossible to believe that a twist happens, where Sheila reveals she was not pregnant with one child? Yes.

So, along with the other children viewers know Sheila had in later years, her first delivery could have been twin boys, instead of just one son. Any previous dialogue about Jack’s involvement or awareness of one child can also be written away.

Finn was not raised by Sheila. That happened because she agreed to Jack’s demand that Finn be with him and his wife, Li Finnegan (Naomi Matsuda), who did not the baby boy’s true identity or paternity until recently.

But Sheila often holds something back to retain leverage. Brown’s character claimed to Jack that she was not at a good place in her life approximately thirty years ago, which is why she gave Finn up.

Jack was led to believe that he only had one child. But Sheila’s devious nature could have easily allowed her to deliver twins, with the other boy given to someone she knew or provided to an adoption agency.

Fans know that Sheila was a working nurse at the time. So, she had more than a normal ability to facilitate that ruse.

Novlan’s character became the instant light of Steffy’s life. B&B fans who had been longing for Steffy to break free from the Liam Spencer (Scott Clifton) triangle, which included Hope Spencer (Annika Noelle), received the gift of Finn in the summer of 2020.

The joy of Steffy and Finn’s relationship, family, and son, Hayes Forrester Finnegan (Samantha Worden and Piper Harriet), proved to be short-lived. This storyline will be lamented by fans based on how Finn was written out.

But Novlan’s dynamic presence does not necessarily have to end with Finn’s death. While his return as Finn’s twin, who would be his polar opposite, thereby taking after Sheila, would provoke controversy. But that has long been part of what scripted daytime television is all about.

Finn may be gone. But hopefully, Novlan’s run has only been paused.