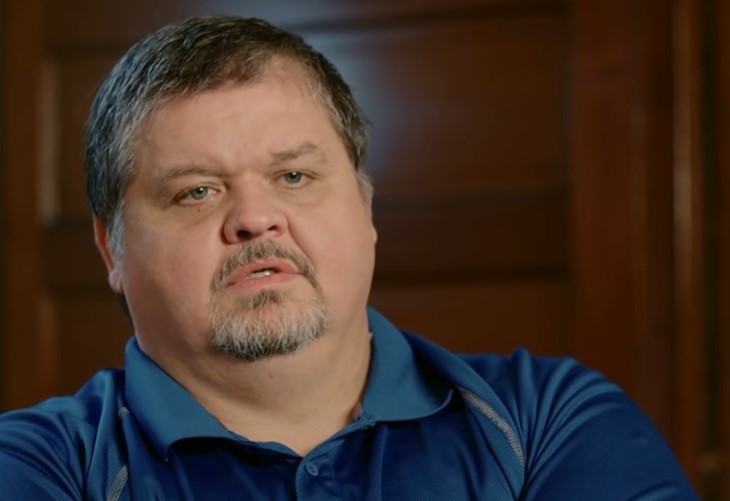 1000-Lb Sisters spoilers and updates tease that Chris Combs has a new obsession? Does it have anything to do with food?

Chris Combs has gone through weight loss surgery and his recent videos reveal that he looks a lot different and much healthier now. In his recent videos, fans can see that he’s doing well in maintaining his weight.

Chris Comb has revealed his new obsession through his videos. The TLC star keeps Cobra Kai, Batman, and Spiderman posters in his recording room. But, it seems like he’s more into the Star Wars spinoff, The Mandalorian. He has at least six posters featuring the Disney Plus series posted on the walls of his man cave.

1000-Lb Sisters Spoilers – Is Chris Combs Returning For Another Season?

Fans are wondering if Chris Combs is returning for another season. TLC has not yet revealed if the show will be renewed for season 4. Chris and Amy both said they haven’t signed any contract yet for season 4. However, their sister Tammy seemed to have previously implied that season 4 was a go, although they have not started filming yet.

1000-Lb Sisters Spoilers – Will Amy SlatonTake The Spotlight in Season 4?

Fans have seen Amy and Tammy bicker all the time but it was always the former that kept a calm and level head. Even if the show hasn’t been renewed yet, some viewers believe that Amy could be the center of the show once it returns for another season.

For starters, Amy is more committed to losing weight than Tammy. She’s more mature and reliable. She managed to reach her weight loss goals and qualified for bariatric surgery when season 1 ended.

On the other hand, Tammy has failed to meet her weight loss goals. When season 3 ended, Tammy was rushed to the emergency room for having difficulty breathing. Now she’s confined in a rehabilitation center as she deals with her weight and health issues. But some fans think that she’s still gaining weight in rehab. Fans will just have to wait for updates about how Tammy’s doing.

Given that Tammy is currently in rehab, she’ll find it difficult to film scenes for the show. In that case, Amy could take center stage and become the new lead star of 1000-Lb Sisters. With Amy seemingly struggling to maintain her weight, the show may focus on her weight loss journey, instead.