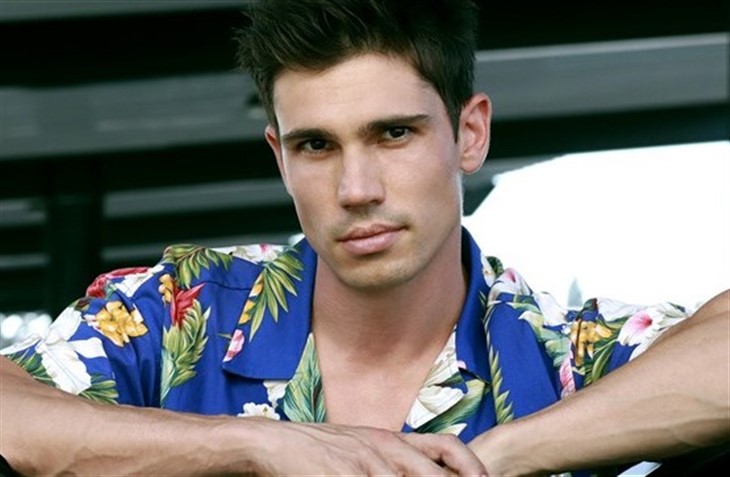 The Bold and the Beautiful (B&B) spoilers tease that the epic, groundbreaking romance between Steffy Forrester (Jacqueline MacInnes Wood) and John “Finn” Finnegan (Tanner Novlan) is over after both were shot by his biological mother Sheila Carter (Kimberlin Brown).

Finn is dead and Steffy will probably be in a coma for a while as Wood takes maternity leave.

The show has been teasing a huge twist for months and this is it: Sinn is not more, and it looks like the eternal Steam/Lope shenanigans will begin again and dominate the storyline landscape probably for another decade or so. Zzzzzzzz.

Fans embraced Novlan and Finn when he debuted in July of 2020. The actor is married to Bold & Beautiful alum Kayla Ewell (ex-Caitlin) and after Finn’s appearance the waffling between Lope and Steam was kaput and the audience was able to enjoy something other than the same old, same old. In fact, the show made a big deal of hyping up the new cast addition, leading fans to finally let down their guard and believe that a new guard would take over. Nope.

B&B spoilers – John Finn Finnegan Is Out, Liam Spencer Is Back in?

Why, oh why, can’t the Steffy/Liam/Hope triangle be put to pasture? Does Finn’s death mean Steffy is going to put that larger than life portrait of her and Liam Spencer (Scott Clifton) back on the wall? Today, as Sinn lay bleeding out, Liam clacked to his dad Bill Spencer (Don Diamont) how important Steffy is to him. The subsequent nationwide reverberation was the collective groan emitted by an audience that rightfully feel Finn was nothing more than a cheap bait and switch ploy.

Maybe Finn was too good to be true—an actual professional with no baggage, not counting Sheila. Perhaps fans should have recognized the writing on the wall once Sheila came on the scene—everything she touches is destroyed.

Where does the show go from here? It’s too painful to contemplate. Today’s episode telegraphed everything: it looks like a tidal wave of waffling Liam-ness on the horizon, the eternally confused character perhaps impregnating one or both Steffy/Hope as the years of tired switchbacks and trade-ins kick off. Oh boy.