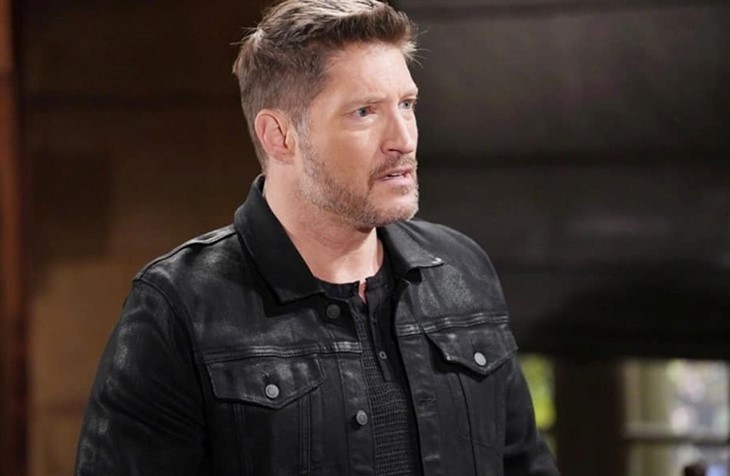 The Bold and the Beautiful (B&B) spoilers for Wednesday, April 6, 2022, reveal Sheila Carter out of her mind worse than ever before and Deacon not quite knowing what to do.

The Bold And The Beautiful Spoilers – Will Deacon Share Figure It Out?

It seems odd that Deacon Sharpe (Sean Kanan) doesn’t look as if he realizes that Sheila Carter (Kimberlin Brown) had something to do with the gruesome scene outside Il Giordino’s. He knew Sheila hasn’t been playing with a full deck and in fact, has never played with a full deck, so why does it not occur to him she shot Finn by accident and then felt that she had to shoot Steffy Forrester (Jacqueline MacInnes Wood).

Perhaps as he tries to calm her after the death of her son, he will see that something is very, very off here and more off than usual. Did she clean up everything right? Will there be any sign in her hotel room that she is the one who committed this heinous crime? She did take things from Steffy and Finn to make it look like they were mugged. Surely, Deacon has to find something to let him know that he better run far away — and fast.

Brooke Logan Forrester (Katherine Kelly Lang) doesn’t yet know that Ridge Forrester might need her because she is still busy obsessing over New Year’s Eve in April. She better stay away from the sparkling cider.

Someone had to be trying to come between her and Ridge Forrester (Thorsten Kaye), but who? She tells Hope Logan Spencer (Annika Noelle) and Liam Spencer (Scott Clifton) that this is bothering her terribly, but she just can’t put her finger on what’s going on.

Will they be distracted by a call from the hospital? After all, it’s Brooke’s daughter, Bridget Forrester (Ashley Jones), who is treating Steffy and she may want to tell her mom what happened. To make matters more complicated, it was Deacon who stumbled upon the scene and called Ridge. Can someone say messy lives here as Steffy lays in a hospital bed and fights for hers? Stay tuned to The Bold and the Beautiful weekdays to see if Steffy pulls through and what REALLY happened to her beloved Finn.

Days Of Our Lives Spoilers: Shawn’s Confession Is A Stunner