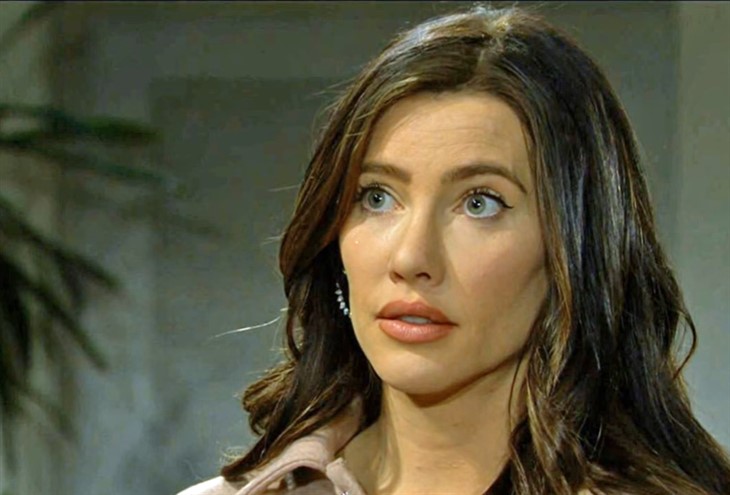 The Bold and the Beautiful spoilers document that Steffy Forrester Finnegan (Jacqueline MacInnes Wood) is teased to be unable to reveal her mother-in-law. That implies Wood’s character will also be harmed by Sheila Carter (Kimberlin Brown).

Sheila’s unintended shooting of John Finn Finnegan (Tanner Novlan) was a major shocker. Steffy had no idea that Sheila had a gun in her purse when she followed her to the alley behind Il Giardino.

Meanwhile, Deacon Sharpe (Sean Kanan) enters the fray. That is not a surprise, as he works and lives at the popular outdoor dining spot.

The Bold And The Beautiful Spoilers – John Finn Finnegan May Die

It would be one of the darker storylines in many years if Finn dies as the result of his birth mother’s recklessness. This outcome would leave fans reeling, as the realized family Steffy formed with Finn could endure for years.

Finn became worked up after receiving a text from Steffy about meeting with Sheila. So, Finn’s bolt to that setting created a crescendo that led to the shooting.

Novlan’s character was bleeding profusely and passed out after momentarily reviving to tell Steffy that he loved her and Hayes Forrester Finnegan (Samantha Worden and Piper Harriet). On the other side of the screen, Finn would be a goner. But this is the soap world, which gives fans hope for the immediate future, wink.

Sheila claims to love her son but would not allow her daughter-in-law to call 911? That makes sense when viewers consider that this is Sheila and she only cares about self-preservation.

There is no room for growth after Sheila aims her gun at Steffy and then hits Finn by mistake. So, B&B’s arguable greatest of all-time villains is living on borrowed time.

Wood publicly announced months ago that she is due to have her third child during the spring, which recently started. So, writing Steffy into an extended hospital stay, where she is in a coma, or having a grieving widow leave town for a while would make sense. Advanced scenes could be filmed, as was true in the past, to keep Steffy sporadically on the show in either instance.

The Bold And The Beautiful Spoilers – Deacon Sharpe Is Unaware

Further teasers indicate that Deacon will happen upon this horror show. If Steffy is out of it, he will not know what transpired.

Sheila wanted to use Deacon to further her goal of creating a relationship with Finn and Hayes. Her manipulation will be more pressing if he serves as a human alibi and unwitting shield from justice.