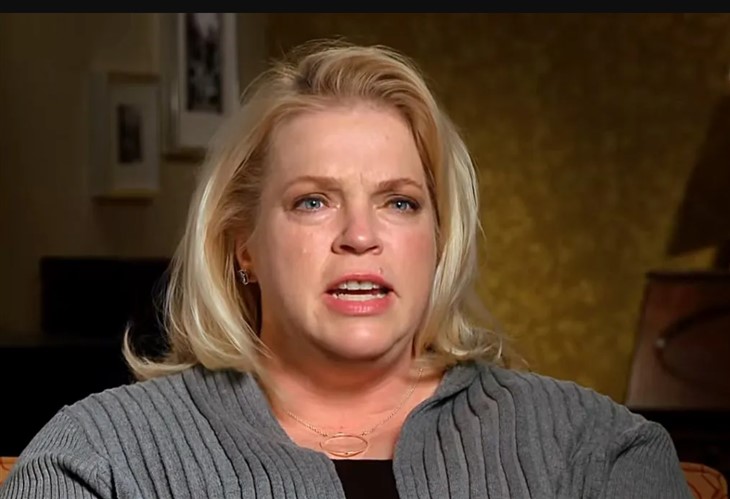 Sister Wives spoilers hint that Christine Brown may not be the only spouse to split from polygamy patriarch Kody Brown. And now Janelle Brown just took a step that sparked rumors that she could become the second wife to exit Kody’s plural marriage. That action involved shelling out $2,000!

Find out what the Sister Wives star did to spark those Kody Brown split rumors. And see what else has contributed to the speculation that Janelle might quit the polygamy lifestyle. Find out everything to know about Janelle Brown below!

Ever since Sister Wives showed Christine Brown, 49,  leaving Kody Brown, fans have speculated about which spouse might follow Christine’s lead. And now Janelle Brown made a major decision that caused fans to suspect the 52-year-old might be next in line, reported the Sun. That move involves paying $2,000 each month to rent a suite.

Although Janelle has held onto her marriage to Kody, 53, that property rental has sparked rumors she wants to strike out on her own. And the rental follows the 52-year-old’s previous steps to financial independence. In September 2021, Janelle created NTYK, LLC, which is described as a retail trade business.

In exchange for that $2,000 monthly payment, Kody’s spouse will do business in a suite featuring a conference room, cubicles, walk-in reception area, kitchenette, bathroom, and private office. But that’s not all. Janelle also seeks to support herself through her multi-level marketing nutrition company Plexus. And in addition, the 52-year-old acts as a health coach for her own company and earns $35 for each Cameo.

But beyond her efforts at financial independence, Janelle Brown also has signaled that she no longer wants to reside with Kody Brown. In December 2021, she borrowed money from U.S. Bank National for a 2021 Milestone RV. And Janelle shared her excitement over her trailer with fans. “I acted boldly and seized an adventure,” wrote the Sister Wives star. “Presenting my new summer adventure – the RV life but camped on our property.”

However, at this point, Janelle reportedly has sought to hold onto her spiritual marriage to Kody. That marriage has seen challenges in the wake of Christine leaving. And Meri Brown, 51, giving up on a romantic relationship with Kody has strained the Sister Wives clan even more.

But a recent episode of Sister Wives revealed Janelle sharing that she almost left Kody during the COVID-19 lock-down. During the Sister Wives Tell-All special, the host questioned Janelle about whether she still believes in polygamy. And that’s when Janelle confessed.

“There was a point during Covid where I was like ‘okay do I still wanna do this?’ And there was a period of time where Kody was away for about six weeks, and I thought ‘Wow life is really easy.’ And I really kind of had to do some soul searching and realize that I want to be here still,” admitted Janelle. She also evaluated splitting after Christine exited the family.

Tell us what you think. Do you predict that Janelle Brown will be the next to leave the Sister Wives family? And after you’ve shared your views, check back on our site for more reality TV news!