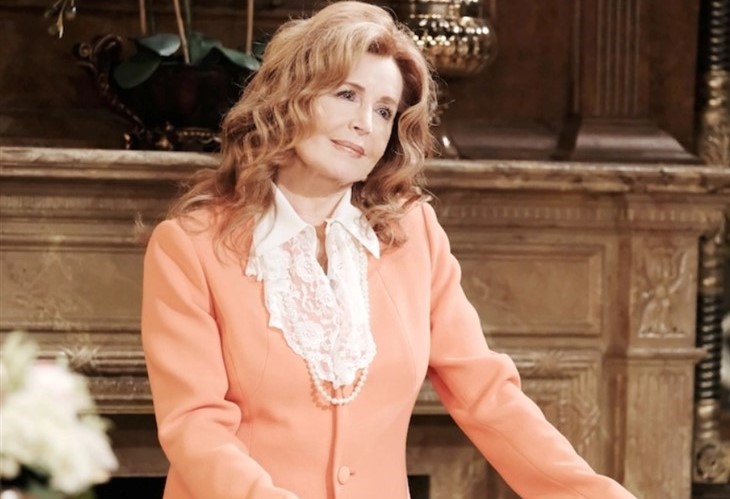 Days of Our Lives spoilers reveal that Maggie Horton Kiriakis (Suzanne Roger) is a favorite character among fans. It doesn’t mean she is perfect and has been through a lot over the decades. However, fans are always interested in learning more about the character as well as the actress. One question that is asked is about Maggie’s age.

Days Of Our Lives Spoilers – The Character’s Beginning

DOOL spoilers reveal that Maggie was created in 1973. Unlike some soap characters, who go through repeated recasts, Rogers has played the role since the beginning. There were two times when Rogers left the soap – in 1984 and 2003 – but returned. Rogers still plays the role of Maggie to this day.

When Maggie was created by writers, she was to be a potential love interest for Mickey Horton (played by John Clarke, Richard Voigts, John Ingle and Kevin Dobson). However, Maggie would end up becoming a major character and series regular. Maggie would also become a fan favorite.

Fans will watch as Maggie is thrilled her daughter is back, horrified at what she went through and struggles with Sarah’s delusion. Maggie might also go through some guilt. As a mother, Maggie might feel that she should have known Sarah was being impersonated and was acting out of character. Maggie will also have to decide if Xander Cook (Paul Telfer) is right and Sarah should be forced into the hospital.

Days Of Our Lives Spoilers – How Old is Maggie Horton Kiriakis?

In addition to DOOL, Rogers has appeared in Love, American Style and Quincy M.E. The actress was also in Little House on the Prairie, Knight Rider as well as Never Say Never: The Deidre Hall Story.

What do you think of Suzanne Rogers? Is Maggie Horton Kiriakis one of your favorite residents of Salem? What kind of storylines would you like to see written for the character? What have been your favorite scenes featuring Maggie? Share your thoughts and remember to keep watching the NBC soap to see what happens next with the character.

The Bold And The Beautiful: Aaron Spears Lands New Gig