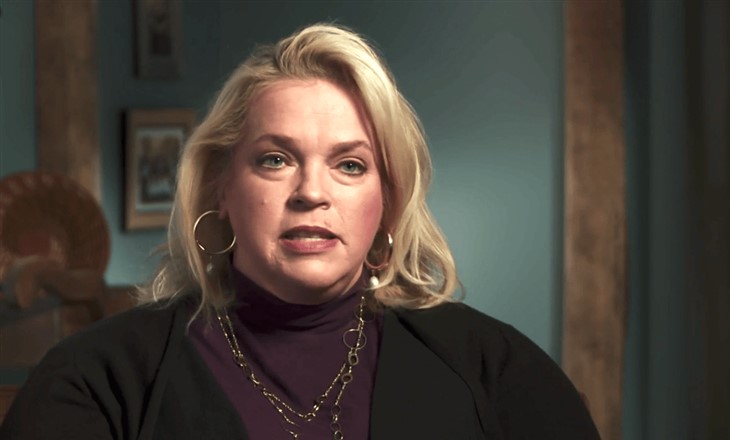 Sister Wives spoilers reveal that some fans have seen hints that Janelle Brown may have already left Kody Brown. We already saw Christine Brown go her own way and now it looks as if the other wives may follow. Janelle and Kody have been married for 28 years and Kody has always talked about how she is the business-minded one of his wives. It doesn’t seem that they have ever really been that romantic and this could be a problem now.

Just like with his other wives, when the pandemic hit and Kody chose to spend all of his time with Robyn Brown, Janelle’s marriage to him took a hit. He told Janelle that she needed to kick their sons out of the house because of their actions during the quarantine. He didn’t want to come home to them because he didn’t feel comfortable.

Janelle refused to kick her sons out and that is when Kody and Janelle went at it. He became incredibly angry and told her that since she didn’t kick them out, this was a sign of disrespect. He claimed that she put her sons before him by doing this and he felt betrayed by it. After all of this, their marriage has not been the same and this is one of the reasons that fans think that she left him.

Sister Wives Spoilers – Are They Done For Good?

Janelle and Kody may have had their ups and downs, but could they be done for good? There was a point when she told Kody to “f**k off” when he was reminding her of the COVID rules that he had put into place. One reason that fans think that she has left is that she continues to take vacations with Christine. She also spent New Year’s Eve with Christine and not Kody

Kody has always talked about loyalty, but it looks like Janelle’s loyalty may be with Christine now and not Kody.

Be sure to catch up on everything happening with Sister Wives right now. Come back here often for Sister Wives spoilers, news, and updates