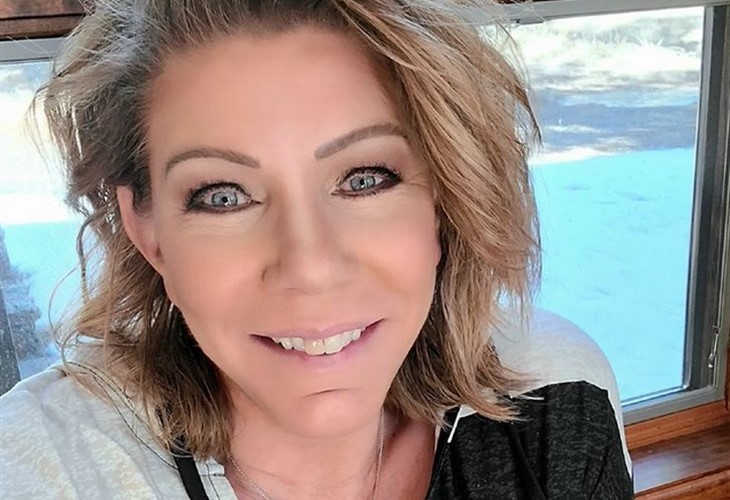 Sister Wives spoilers and updates reveal that Meri Brown remained with Kody at the end of Season 16. Actually, many people suspected that she might be the first one to leave him but instead, Christine took off and went her own way. Well, it seems that Meri is determined to put all the negative things behind her and move forward into a glorious future, albeit it as a member of Kody’s family.

Recently, Meri and her daughter Mariah got together to remember her mom Bonnie who passed away just over a year ago. Audrey Kriss joined them, and they all shared some nice photos of their time on the Oregon coast. According to the posts that they shared, Kody’s first wife remembered her mom and they all talked about the special times they had together. Well, by the time they left there. it seems that Meri was determined more than ever to move on from unhappy situations.

The Sister Wives star seemed determined to make a happy future for herself and she sounded excited about it. Clearly, time with her daughter and Audrey helped her to clear her head. Bear in mind, she seems totally supportive of them and seems to love being in their company. Whatever peace she found on the wild coast of the Pacific Northwest went home with her, as she popped up all positivity with her friend Jenn Sullivan on the weekend. It came on the occasion of Jen’s birthday.

Meri Brown shared a nice photo of herself with Jenn Sullivan. They are friends if you didn’t know, and Jen helps with the BNB in Parowan. Additionally, they get together once a week for their live podcast, Fridays with Friends. In her post, Meri said, “I can’t WAIT for the things we have in the making to come to fruition, and I can’t wait to see all the other amazing things we’re gonna do!“ Certainly, it sounds like Meri’s future is going to involve her BFF.

It sounds like the Sister Wives star has decided to dump negativity in the bin and with Jen supporting her, the future looks bright. Possibly, Meri takes her friend along with her into an exciting future. Actually, at one stage, fans wondered if Jenn and Meri might have a relationship like Mariah and Audrey. However, about a year ago, Jenn told fans that her husband looks for a house for them to live in as they relocated from Oregon.

Sister Wives – Fans Love That Negativity Takes A Back Seat

Sister Wives fans liked the post by Meri Brown very much. One of them said, “Something so great that came from a messed up situation!! Way to flip the energy Mary!! Happy Birthday, Jenn!”

Then another fan commented, “You should marry her❤️❤️.” Well, it’s not the first time that fans thought about it.

Meri popped up in the replies and said, “I mean, I’m clearly not knocking gay relationships, but it just isn’t my thing. But here’s an idea, women can have women friends who support them and have their backs without it being a romantic relationship. Heck, men and women can be friends too without that. 😁 It’s kind of a cool thing!”