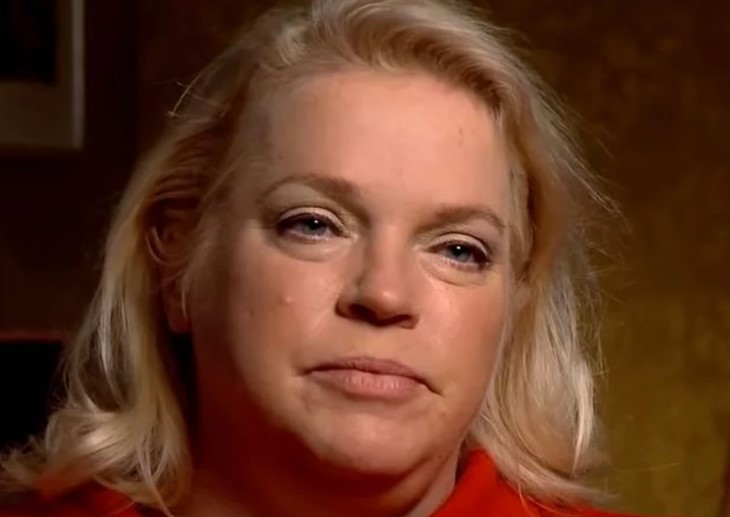 Sister Wives spoilers reveal that fans have noticed something very odd. It looks as if Janelle Brown cut out one of the other wives in a photo from the past. A clip of an older episode caught this picture, in a frame and on the bookshelf, but there is someone who was cut out of it. Janelle cut Meri Brown out of the picture!

Sister Wives  – The Scene Comes Back

If you missed it the first time that it was on the show, you definitely have the chance to see it now. It is all over Reddit and users are shocked to see it. In the scene, the family photo is on the shelf in Janelle’s house, but it had been doctored. When we got closer to it, it looked as if Meri’s face had been covered up! Just think about what you would do if you walked into someone’s house and they had covered your face up in a family photo!

Of course, fans were quick to point this out when they saw it on the show. One Reddit user wrote, “She’s so mean to Meri. Why wouldn’t she just take the picture down or put it on another shelf? This is a lame attempt to hide it. It’s pretty petty to do.”

Sister Wives  – The End Of The Marriage

When Christine Brown told fans that she was leaving Kody Brown, fans were unsure what this meant for the show and for the family. It does seem as if things got pretty bad during the pandemic and this could be part of the reason that there is so much tension in the family these days. Christine is no longer wanting to live the polygamous lifestyle and many of her fans understand where she is coming from.

There have been rumors that Janelle may want to leave soon too, but we have yet to see this in action. With Kody telling his wives that he doesn’t love them as anything but friends, it doesn’t seem that the others may last long.