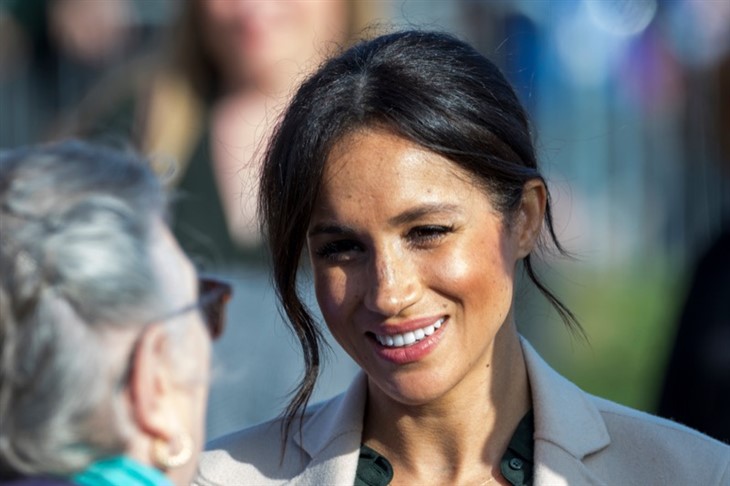 Meghan Markle has chosen a new role model. And while her devoted husband Prince Harry might wish that the Duchess of Sussex would select a royal family member like Kate Middleton or even the Queen, Meghan has created a goal of becoming royalty’s version of actress Angelina Jolie. Given that Jolie’s ex-husband Brad Pitt didn’t exactly fare well in their marriage, some wonder what the Duchess of Sussex’s aspirations will mean for her husband.

Find out why Meghan wants to become like Angelina. And see what that means for the Duke of Sussex. Get the latest news about Meghan Markle below.

Actress, devoted mother, philanthropist, and (at least currently) single: Angelina Jolie successfully wears many hats… and manages to do so stylishly! As a result of Jolie’s success, Meghan Markle longs to become just like her, says an insider quoted by the International News. But achieving that goal means changes for her entire family.

Currently, Meghan and Prince Harry live in a chic neighborhood in California. But the Duchess of Sussex believe that uprooting her family and heading to New York would help to achieve her goals. And that idea particularly appeals after what Markle sees as a failure where California is concerned.

Initially, Meghan hoped to secure a place for herself among California’s A-list celebrities. But the Duchess’ dreams of getting invited to fabulous parties in Hollywood never turned into reality. As a result, Meghan has persuaded Harry to head to New York City.

The Duchess of Sussex feels “frozen out of Hollywood” after months of trying to get into the inner circle, according to the source. And so she hopes to find her new dream home in midtown Manhattan. Just like Angelina Jolie, Meghan dreams of becoming involved in politics and philanthropy. “Living close to the UN will give them so many opportunities to spread their wings further into philanthropy and politics,” pointed out the source.

And Markle has even persuaded Harry to join her in her goals. As a result, both the Duchess and Duke of Sussex feel “keen to get more involved, as well as attending all the big conferences and doing a ton of power-schmoozing on the east coast,” explained the insider. Jolie spent time in New York while becoming a Goodwill Ambassador, making Meghan even more eager to settle there.

And another famous woman ranks second on Meghan’s role models list: George Clooney’s wife Amal Clooney. “Meghan sees herself as the next Angelina Jolie or Amal Clooney. Amal started her legal career in New York, while Angelina was a fixture in the city as she established herself as a Goodwill Ambassador. So, this – on top of the obvious social benefits and tax breaks in New York – makes moving there a no-brainer,” explained the source.

However, Meghan and Harry may decide not to sell their home in California. That way, if opportunities in Hollywood do arise, they could fly back for a short visit. But with Markle’s growing interest in politics, New York makes more sense for a permanent home. “Plus, it’s a short hop to Washington DC, which is great for Meghan as she broadens her interest in politics,” noted the source.

Tell us what you think. Do you believe that Meghan Markle could become like Angelina Jolie? And after you share your views, check back on our site for more royal family news.