Meghan Markle May Not Win Any Awards, But Duchess’ Dress From Did! 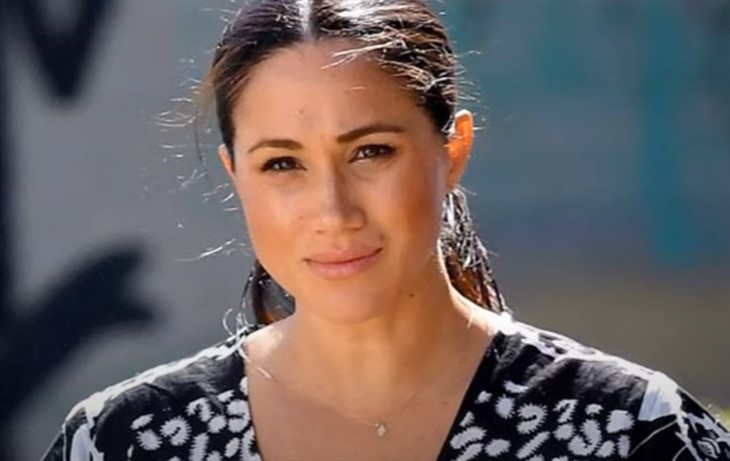 When Meghan Markle starred on TV shows like “Suits,” the actress dreamed of winning an Emmy Award. But then came love. And rather than continue her career, Markle chose marriage. As a result, she may never win an award. But tying the knot with Prince Harry did qualify her for the title, Duchess of Sussex.

Since then, Meghan has joined Harry in various interviews. But none has surpassed the power of their bombshell-packed two-hour TV special with Oprah Winfrey. As a result, Meghan’s dress for that famous interview just won an award. Find out all about that frock, plus see if you agree with the award committee’s reason for selecting the Duchess’ outfit below.

In March 2021, Meghan Markle and Prince Harry sat down with Oprah Winfrey for a two-hour interview on CBS. And as 60 million viewers in 70 countries tuned in, the couple stunned by dropping one bombshell after another about the royal family. Now, Meghan’s most famous interview has come under scrutiny again for a very different reason. The British Fashion Museum just revealed that the Duchess of Sussex’s black silk Giorgio Armani frock that she wore for her Oprah Winfrey interview earned honors as the 2021 Dress of the Year, reported Yahoo.

And the museum explained that they chose Meghan’s dress both for its style and its message. “It’s well known that members of the Royal family often use outfits to send a message through their choice of style, color or motif,” pointed out the museum. “It was reported that the Duchess chose a dress with a lotus flower design because of the flower’s symbolic association with rebirth, self-regeneration and spiritual enlightenment, and its ability to flourish despite seemingly challenging conditions.”

As a result of the museum’s choice, visitors to the fashion museum can examine Markle’s outfit up closely. The tea-length, silk-georgette dress features a low-cut neckline and white lotus flower embroidery. Set to be displayed as the final item in the ongoing “A History of Fashion in 100 Objects” exhibit, the frock’s matching belt will be on display as well.

As for specifics about how the fashion museum decided on Meghan Markle’s dress, the organization explained the process. Every year, the museum sends invitations to the fashion industry’s leaders. Those invitations ask these individuals to choose a Dress of the Year. And that frock must win as displaying “the prevailing mood of fashion” while also representing the past year and capturing “the imagination.”

For a look back at 2021’s possible Dress of the Year candidates, editors from the bimonthly British style magazine Dazed participated in the selection. And they finally agreed upon the Duchess of Sussex’s Armani wrap dress. The editors explained that the significance of Oprah’s interview played a key role in their selection.

“We both latched upon Meghan and Harry’s now iconic interview with Oprah as the definitive anti-establishment moment,” explained the Dazed magazine editors. And they believe that interview “will forever endure in the British collective consciousness. This look now, through sheer association with a viral television moment, is firmly ingrained in our pop culture psyche.”

Tell us what you think. Do you agree that Meghan Markle’s and Prince Harry’s interview with Oprah Winfrey will go down in history? And after you’ve shared your views, check back on our site for more royal family news!