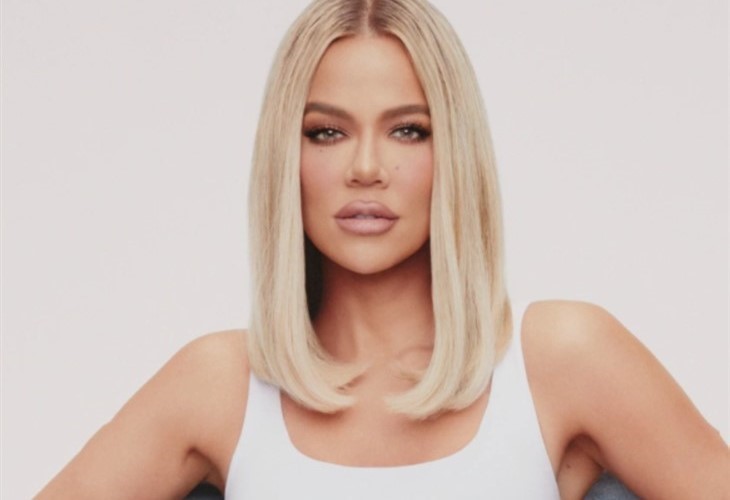 Khloe Kardashian began “Keeping Up With The Kardashians” (KUWTK) as the so-called “fat sister.” But through the years, the reality TV star transformed her body. Combining exercise and diet, Khloe lost weight and gained new self-confidence. And when she became pregnant with Tristan Thompson, Kardashian seemed to have achieved all her dreams.

But as Khloe’s followers know, Tristan then cheated on her repeatedly. And now, in the wake of Kardashian dumping her cheating baby daddy, Khloe’s fans worry about her health. A new Instagram showing the reality TV star baring a bony spine and ribs has increased that concern. Has the star of Hulu’s new KUWTK spin-off, “The Kardashians,“ taken her weight loss too far?!

Khloe Kardashian often shares video clips and pics on her Instagram showing her workouts. But a recent Instagram Story of her workout sparked concern among her fans. And some pointed to her evident weight loss in that clip, including displaying her ribs. “Khloe Kardashian: Ribs in this video,” wrote one Twitter fan. “The weight loss after Tristan is a lot going on…”

Khloe kardashian ribs in this video the weight loss after Tristan is a lot going on.. pic.twitter.com/WgDHeyYTrZ

And others agreed. Many concurred that Khloe has taken her weight loss too far, noted the Sun. And fans flocked to Instagram to share their worries directly with Kardashian. For instance, one wrote, “I think she looks a little too skinny now.” And another chimed in, “Looks like her low self-esteem is giving her body dystrophic disorder because she’s disappearing.”

But a shocking new Instagram ad sparked a new round of concern. In the ad series, posted by Revolve, the second photo shows Khloe hunched over. And her bony spine, combined with her ribs made fans even more worried about Kardashian’s health.

But Khloe Kardashian’s’ followers disagree on whether cheating baby daddy Tristan Thompson should take full blame for the reality TV star’s excess weight loss. Some blame the reality TV star’s family. For instance, in the Reddit KUWTK community, one fan wrote, “I think I’d probably smack my sister if she ever tried talking about my weight loss like this.”

And the comment accompanied a video of Kourtney Kardashian telling Khloe that she gained weight. But others in the family have criticized Khloe for her size in the past as well. As a result, one of her fans wrote, “A good amount of Khloe’s insecurities stem from being treated like “the fat sister” her entire life.It highlights the body shaming.” And others agreed.

As one fan noted, Khloe sounded defeated when she looked larger than her sisters. “I could hear the exhaustion and years of insecurity in that voice,” pointed out the follower. And others noted that Kardashian may have faced additional challenges from being “just naturally bigger than her sisters.”

Tell us what you think! Do you believe that Khloe Kardashian has lost too much weight? And do you feel that her family or Tristan Thompson is to blame? After you’ve shared your views, check back on our site for more celebrity news!