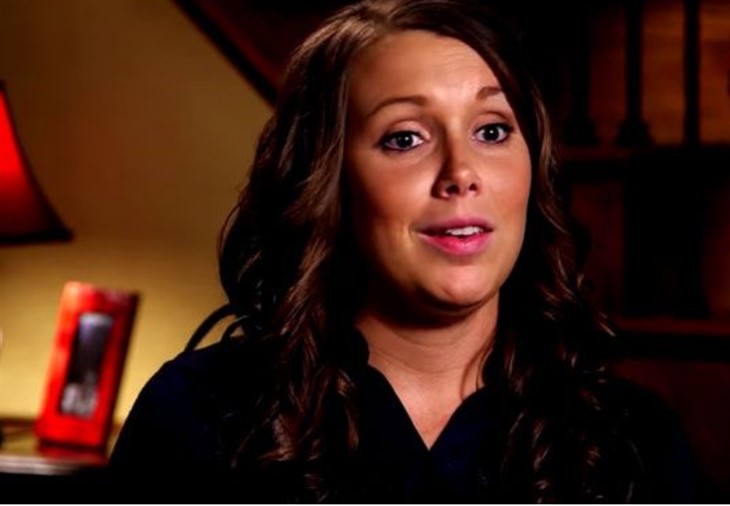 Anna Duggar and her husband Josh Duggar soared to reality TV fame on the TLC show, “19 Kids And Counting.” And then came the scandals. First, Josh faced allegations that he had molested several underage girls, including some of his own sisters. TLC cancelled the original show, then opted for a spin-off, “Counting On,” without Josh.

But Anna’s husband kept those scandals coming, from cheating allegations to, in his latest shocker, child pornography. And although the latter landed Josh in jail, Anna has continued to stand by her man. But now her followers noticed hints that she just might rebel. Find out more below.

Anna Duggar – Likes These Celebs: What Does It Mean?

But as she awaits Josh’s sentencing, rumors about Anna’s attitude have swirled. And Reddit followers of the Duggar clan noted intriguing clues. For instance, Anna recently liked several of Kim Kardashian’s social media posts. Given that Kim filed for divorce from Kanye West, some wonder if that means Anna has started considering divorcing Josh.

But the clues don’t stop there. In addition, Josh’s wife just followed Chrissy Teigan, famous for her outspoken ways. For instance, Chrissy doesn’t hesitate to throw shade at her husband John Legend on Twitter, noted the Daily Mail. When Teigen discovered that Legend had casually invited his fellow coaches on “The Voice” to dinner without telling Chrissy, she blasted him.

“I didn’t know tonight was The Voice finale. John invited everyone to dinner at the house after and I’m really f***ing mad because I didn’t make a f*****g FINALE meal,” tweeted Teigen. “I am always in charge of doing the fun, extra s**t and he has no idea how much I plan,” added the blunt celebrity. “And he’s like ‘no it’s fine they just wanna have dinner’ but it’s literally the finale of their show??? And I have no ice cream truck,” she pointed out.

Does Anna Duggar liking Kim Kardashian and following Chrissy Teigen reveal she wants to take the celebrities as role models? If so, some wonder whether she will follow in Kim’s footsteps and divorce husband Josh Duggar. “My theory about her is that she spends a LOT of time online,” wrote one fan. “I think she spends a lot of time absorbing mainstream content.”

Initially, Anna maintained silence after Josh’s guilty verdict. But then she resurfaced with a statement, reported In Touch. “There is more to the story,” promised Josh’s wife.

But as Anna awaits Josh’s sentencing, insiders speculate that she may wait for that trial to decide whether to divorce her husband. Filing for divorce represents Anna’s end game, a family friend told Fox News. “Divorce is never going to be a first option [for Anna],” the insider noted. “It’s going to be a last, last resort.”

Tell us what you think. Do you believe Anna Duggar should divorce Josh Duggar? And after you’ve shared your views, check back on our site for more celebrity news and reality TV insights.