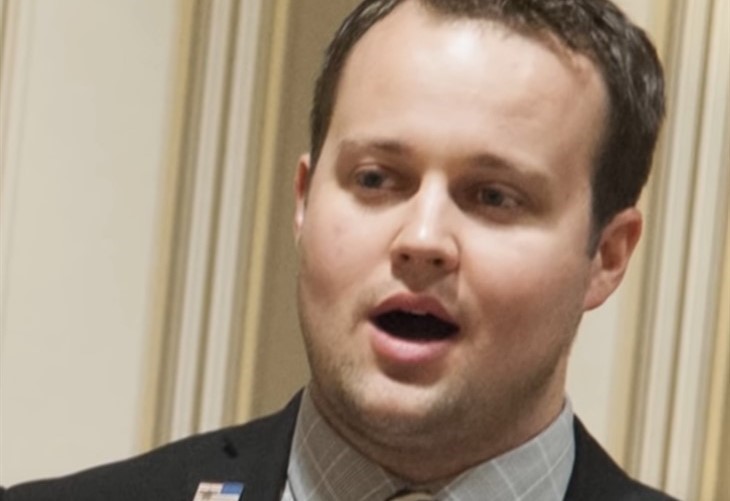 Josh Duggar first went from a “19 Kids And Counting” hero to a zero with his scandal involving molesting underage girls, including some of his sisters. And the reality TV alum then managed to sail through getting outed as using a site designed to help him cheat on his wife Anna Duggar. But most recently, Josh landed in prison on child pornography charges.

What remains the same through all these scandals: The reality TV star’s parents Josh and Michelle Duggar along with his wife faithfully support him. And now prosecutors have come up with an intriguing analysis of Josh. Find out what they claim about how Duggar manages to hold onto his family’s support. And discover why the prosecutors also describe themselves as baffled. Get the latest news about Josh Duggar below.

As revealed in the latest court filing, the prosecution believes Josh persuaded his family and his friends that he became victimized. And as a result of that victim portrayal, prosecutors expressed concern that no one will hold Duggar accountable to undergo appropriate treatment. The court filing follows Josh’s conviction last December of possessing and receiving child pornography.

However, through it all, Duggar repeatedly insists on his innocence. As a result, Josh just filed a request for the shortest possible time in prison. And his demand for serving five years rather than decades got supported by 10 letters from his family, friends, and church community.

Experts note that traditionally, defendants in criminal cases seek support letters prior to their sentencing. However, prosecutors noted something troubling about Josh’s letters of support. And they shared that no family member, friend, or church representative “meaningfully” spoke about Duggar’s child pornography charges or his “sexual proclivities toward prepubescent girls.”

But some supporting Josh went further. And they agreed with Duggar that he got unfairly victimized. As a result, the prosecution expressed concern that no one will push Duggar to get treatment or prevent re-offending in the future. And that lack combined with Josh’s view of himself as a victim caused prosecutors to feel baffled. In addition, they pointed to Duggar’s success in using blame tactics to portray himself as a victim.

Overall, the federal lawyers worry that a conviction will not change Duggar. “Absent some recognition from Duggar of his crimes and his need to address his demonstrated and long-standing sexual interest in children, it is unlikely that he will ever view his conviction as anything other than proof that he needs to be more circumspect and secretive the next time he engages in conduct involving child sexual abuse,” reads the filing. “It is equally unlikely that he will ever receive the treatment and accountability needed to prevent him from re-offending should he maintain this posture. In fact, given the apparent success of his blame tactics with some of the individuals he intends to surround himself with after his release from incarceration, it is not just unlikely — it is inconceivable.”

But the federal prosecution also admitted their confusion in analyzing the situation. And they pointed to the difference between Josh’s fame as a reality TV star versus his image as a scandal-embattled individual. That difference, however, seems to have gone unnoticed by his family, friends, and church community. And the overall contrast leaves the feds baffled.

“Indeed, his supportive family and public-facing and privileged lifestyle make his pattern of criminal conduct all the more baffling,” stated the prosecutors. “Despite achieving some level of fame through reality television as an adult, he is better known at this point for his behavior outside his family’s show, including his sexual improprieties and criminal sexual conduct.” On May 25, the sentencing hearing will reveal whether Josh convinced anyone outside of his family, friends, and church of his innocence. Prosecutors have requested that Duggar serve a 20-year prison sentence.

Tell us what you think. Do you agree with prosecutors that Josh Duggar has used blame tactics to portray himself as a victim? And do you see the situation as baffling? After you share your views, check back on our site for more reality TV and celebrity news.