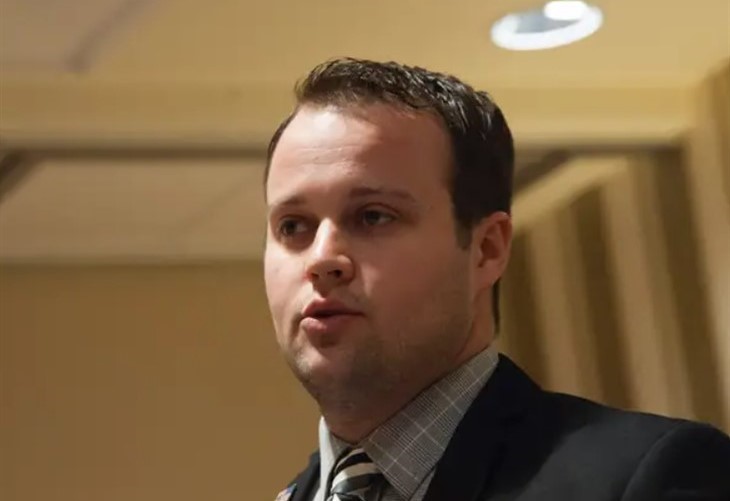 The wait is almost over as we’re one week away from Josh Duggar’s sentencing hearing which is scheduled to hold on May 25. Yet, the stakes couldn’t be more high for Josh because he will be spending 20 years behind bars.

Following a lifetime of depraved and predatory behavior, Josh was convicted of receiving and possessing child pornography back in December 9, 2021.

The Duggars actually believe that their eldest son is innocent of the charges labeled against him, hence their letters to the judge on Josh’s behalf.

Though the evidence against Josh is overwhelming, Josh still insists that he is not guilty, he claims he has done nothing wrong, and that in fact, he is the victim of a liberal conspiracy designed to destroy his family’s reputation.

And so, Josh will appeal his conviction, and his request for a second trial will likely get underway sometime this year. It will be difficult for defense attorneys to prove that Josh has been framed by the Biden administration as his wife, Anna Duggar, reportedly believes.

The question is can Josh convince a jury that he was wrongly convicted due to prejudice engendered by his fame and previous transgressions?

Anyways, we can’t say, but best believe it is possible.

Former U.S. Attorney David Haas told In Touch in a recent interview, “I would assume there will be an appeal. However, the specific issues raised on appeal will take time to be heard. The trial court has already heard these issues so a successful appeal could be difficult.”

So yes, despite the appeal, it’s more than likely that Josh will be forced to serve whatever sentence he receives at his hearing on May 25.

“The Federal Sentencing Guidelines will suggest an advisory sentencing range,” Haas explained to In Touch. “In most cases, the Guidelines range will be lower than the maximum penalty – in this case, less than 40 years.”

Hold your horses pals, because each of the two charges that Josh was convicted of carries a maximum penalty of up to 20 years, but according to federal sentencing guidelines, he can only be convicted on one of them.

The sentencing hearing was originally set to take place in April, but Josh’s lawyers requested that it be postponed for “approximately 30 days” in order to “pursue additional information and documentation.”

Josh Duggar — Where Would Josh Be Serving His Time?

In addition to the length of Josh’s sentence, the judge will determine where the disgraced former reality star will serve his time.

Since Josh was convicted in federal court, he could technically be sent to any federal facility in the country, but the most likely scenario is that he’ll be kept close to home to make visitation easier for his wife and seven children.

It’ll be interesting to see which members of the Duggar family attend the sentencing hearing. While Josh’s wife and mother wrote letters to the judge on his behalf, there’s reason to believe that at least some of Josh’s siblings want him to receive the maximum penalty.

Prosecutors are recommending a sentence of 20 years, while the defense wants Josh to serve a mere five years behind bars.

Be sure to catch up on everything happening with Josh Duggar right now. Come back here often for all the Josh Duggar’s spoilers, news, and updates.

GH Spoilers: Liz’s Friends And Family Gather For An Intervention!