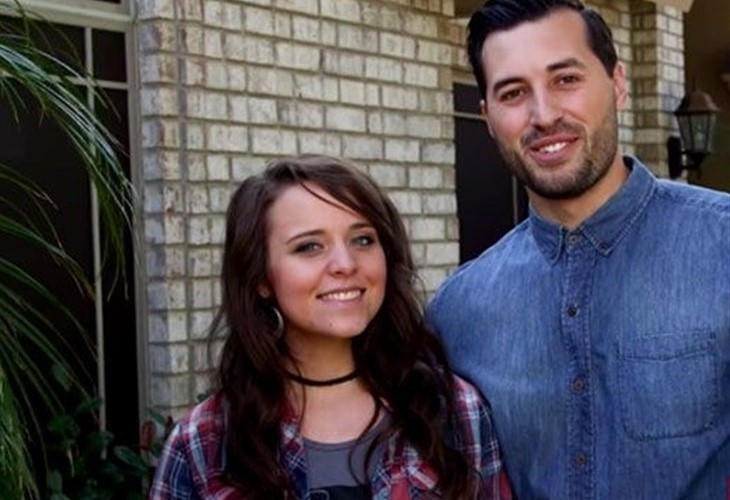 Jinger Duggar obeyed her parents Jim Bob and Michelle Duggar for years. And her role as a dutiful daughter even got filmed for TLC’s now-cancelled “19 Kids And Counting” and spin-off, “Counting On.” But since getting involved with and then married to Jeremy Vuolo, Jinger has dared to defy her famous parents repeatedly.

And now Jeremy has fueled his wife’s feud Michelle and Jim Bob for two major reasons. Find out why Jinger and Jeremy have become estranged from her parents. And discover what he shockingly revealed below!

As viewers saw on the Duggars’ reality TV shows, matriarch Michelle and patriarch Jim Bob Duggar viewed themselves as the ultimate authority. And that meant children (whether toddlers, teenagers, or adults) must obey their parents. As a result, when Jinger choose clothes that didn’t quite qualify for Michelle’s definitions of modest attire, her parents embarrassed her by scolding her, reported the Sun. And that began a feud that has only gotten fueled over the years.

For instance, Jinger increasingly has flaunted her rule-breaking sexy style on Instagram. And that got her parents even more annoyed. (Ironically and sadly, Michelle’s and Jim Bob’s oldest son Josh Duggar has kept his parents on his side even through molesting underage girls, infidelity, and child pornography!) But Jinger does get to have one person on her side. And that’s her husband Jeremy Vuolo.

Jeremy shared that he and Jinger have become increasingly distanced from her parents. And though part of the reason resides in the couple’s move to California, Vuolvo admitted that an emotional gap exists as well. But he also then spelled out in surprising detail exactly what caused the detachment to occur.

Jeremy spilled on two reasons for the feud between Jinger and her parents. And he revealed that Michelle and Jim Bob have actually scolded the married couple. “They’ve spoken to us about – what was it – I guess modesty is one. We’ve had a couple of conversations,” revealed Jeremy.

And in particular, Michelle informed Jinger and Jeremy that women need to dress in modest attire. That means Jinger’s preference for pants, short skirts, and rompers breaks all of the Duggar family rules. “I remember Mrs. Duggar just sharing her own personal journey of modesty,” recalled Jeremy. But he also emphasized that he disagrees with Michelle’s view that Jinger wears immodest styles.

But clothing just constitutes one reason for that feud. Remember those 19 kids that Michelle produced as a dutiful wife? Well, she and Jim Bob also scolded Jinger for not producing more children. Or as Jeremy phrased it, the Duggar matriarch and patriarch informed Jinger that she has failed to “have as many children as the Lord allows.”

Tell us what you think about Jinger Duggar’s feud with Michelle Duggar and Jim Bob Duggar. Do you think that she should follow her parents’ dress code and throw out all her jeans, skin-tight pants, shorts, and rompers? And how do you feel about Jeremy’s comment that Michelle wants her daughter to produce her own 19 kids and counting?! After you share your views, check back on our site for more reality TV news.