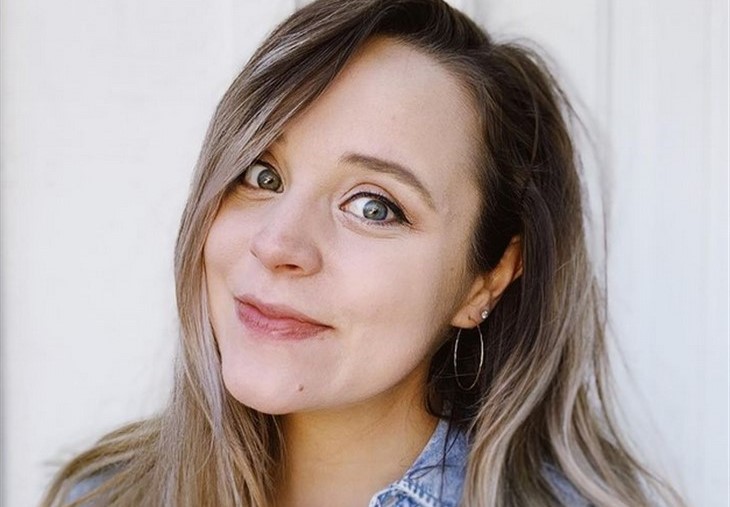 Jinger Duggar might have seen enough cooking as the cameras filmed the Duggar family’s “19 Kids And Counting” and spin-off, “Counting On.” But perhaps TLC cancelling the family’s show cancelled Jinger’s memories of correct cooking procedures? Because whatever the reason, the reality TV star just happily showed Instagram the WRONG way to cook!

Find out what Jinger did in her Instagram cooking video that caused her “Counting On” followers to cringe. And see what those fans said to the reality TV star to help her clean up her kitchen skills. Get the latest news about Jinger Duggar below.

‘Counting On’ Fans, – Don’t Count On Jinger Duggar For Cooking!

Ugh. Ick. Oh no! Fans wailed as “Counting On” star Jinger Duggar demonstrated her cooking skills (or lack of them) on Instagram. “Rigatoni is on the menu for tonight,🍝” the reality TV star proudly told her social media followers in her photo caption.

But scrolling from the introductory Instagram photo to Jinger’s cooking demonstration video sparked a flood of advice. For instance, some fans questioned why the Duggar daughter seemed to own only one utensil. “I would say don’t use the utensil you use for the meat to stir the noodles,” pointed out the follower.

However, another offered a defense (well, sort of). “Is it a lil’ gross for some? Yes,” admitted the viewer.

But then the fan continued to offer a suggestion to critical fans. “Is it unsafe? No. If she thought it was dangerous she wouldn’t do it. People need to stop treating these Duggar women like they are idiots,” summed up the fan.

Amid all the “Counting On” critics, Jinger did get kudos for her cooking clothes. That bright yellow apron earned appreciation. And fans also liked her simple sleeveless shirt under the apron. “Love to see the arms,” praised one fan of her muscles.

But then came more criticism for that cooking video. “Gonna season that meat? Or just leave it bland?” demanded one Instagram viewer.

And as Jinger switched back and forth from stirring the pasta to swirling the meat, one question arose from several fans. What happened to the sauce? Did the reality TV star wait until the end to mix up her rigatoni sauce? Or (oh the horror!) did Jinger dare to use a jar of sauce? Wisely, she declined to answer that question. 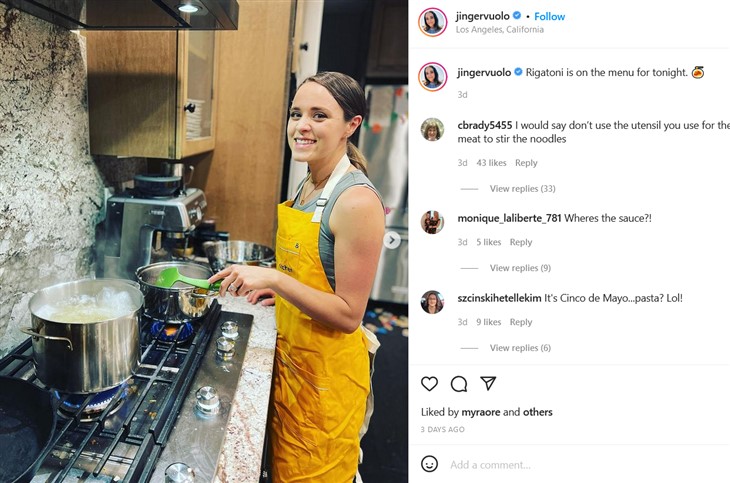 However, among all the cooking questions, one sharp-eyed fan noticed something special about Jinger. “Jinger looks so cute cooking…..notice she switched over to her left hand,” pointed out the fan. “I believe it was once said, she was the only person in the family, left handed……very cool!”

Tell us what you think. Do you feel shocked that Jinger Duggar used the same utensil to stir her pasta and her meat? And after you share your views, check back on our site for more celebrity and reality TV news.