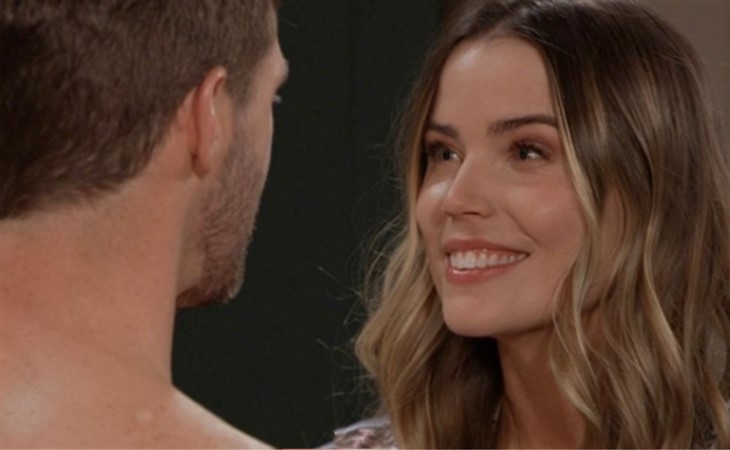 General Hospital (GH) spoilers tease that Brando Corbin (Johnny Wactor) and Sasha Gilmore (Sofia Mattsson) are currently on a much needed getaway to Niagara Falls. After the death of their newborn son over the holidays, the couple had been seemingly drifting apart. They were mourning their loss separately, with Brando choosing to take the time to mourn and even seeking therapy. Sasha on the other hand, chose to dive right back into work, making those around her wonder if she was really dealing with her loss at all.

But before Sasha agreed to go away with Brando, he was afraid they were beginning to drift apart. They handled their grief so differently that it took them in different directions and Brando could feel it. So when Sonny Corinthos (Maurice Bernard) offered Brando the use of his place in Niagara Falls, Brando jumped at the chance, Sasha, on her part, thought that she could only handle that much togetherness if she were high. So she agreed to go with Brando, but brought along chemical reinforcement.

Sasha and Brando spent the first night together talking. It was definitely something they both needed. But Sasha slipped away, and obviously took some of her stash. Because not long after, she impulsively suggested that they get married! Brando will certainly be taken aback, but he wants nothing more than to be with Sasha forever, so he will likely agree. But Brando will soon begin to notice Sasha acting more and more erratically although he may not think much about it at first!

Once he realizes what is really going on, Brando will likely stop any talk of a wedding. First of all, Brando won’t want Sasha to do anything so impulsive, especially if she isn’t quite in her right mind. Then he may even wonder if Sasha has really taken the time to mourn the loss of their child. So as much as he wants to marry Sasha, it will be Brando that stops things. Sasha will be upset, and although it will take some prodding, look for her to admit that she’s back on drugs. The most important thing to Brando is that Sasha is healthy and able to make healthy choices. She can’t do that if she’s high as a kite.

Will Brando agree to marry Sasha? How long will it take before he realizes she’s using again? And what’s next for this couple?