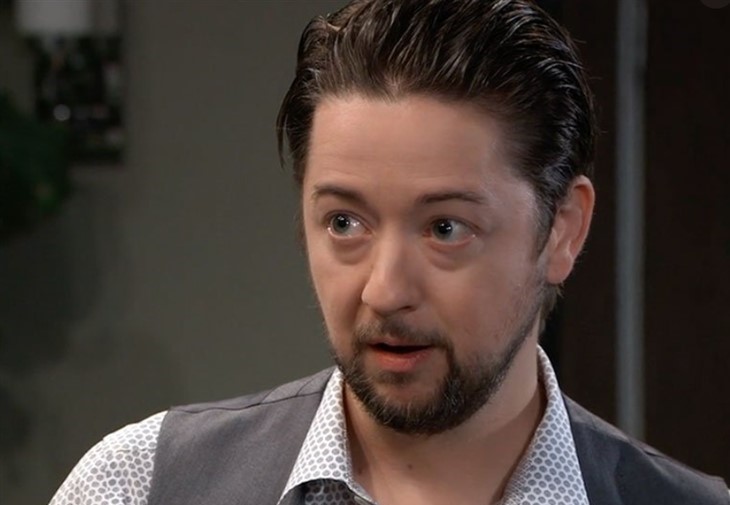 General Hospital (GH( spoilers tease that now that all the Peter August (Wes Ramsey) drama is over, it’s finally time for Maxie Jones (Kirsten Storms) to get on with her life. As viewers know, Maxie has felt a connection to Dr. Austin Gatlin-Holt (Roger Howarth) ever since he delivered her baby last year. But as long as Peter was alive, he would always pose a threat to Maxie and her baby, so she didn’t really have time to think about romance.

Austin and Maxie will be going on their first real date soon. Austin has already noticed that Maxie seems different since Peter is gone. Without having to look over her shoulder ever minute, Maxie is much more fun-loving than Austin has seen up until now. He will certainly like this side of Maxie. But could he find her a bit too care-free? Austin seems to be a bit more serious by nature, so it will be interesting to see how he reacts to Maxie being her true self.

But now that Maxie is emotionally available again, there is someone else who might like a shot at romance with her. Even though Maxie and Spinelli have been through just about everything together, they decided they were better as friends. At least that’s what Maxie decided. Spinelli hasn’t really ever gotten over Maxie, despite his long term relationship with Ellie Trout (Emily Wilson). And he might be jealous enough of Maxie and Austin’s connection to make a play for Maxie himself.

Spinelli wears his heart on his sleeve. Any attempt to interrupt Maxie and Austin’s date with be obvious as a ploy. Maxie will have to decide if she really has let Spinelli go forever, or if she still feels a spark of romance for her ex? And Spinelli will have to live with whatever Maxie has decided. Can he move forward with someone other that Maxie after all this time?

Do Austin and Maxie have romance in their future? Or should Maxie give Spinelli another chance? Can you see Spinelli with anyone other than Maxie? Anything can happen in Port Charles so stay tuned to General Hospital airing weekdays on ABC. And don’t forget to check back right here regularly for all your General Hospital news, information and spoilers!