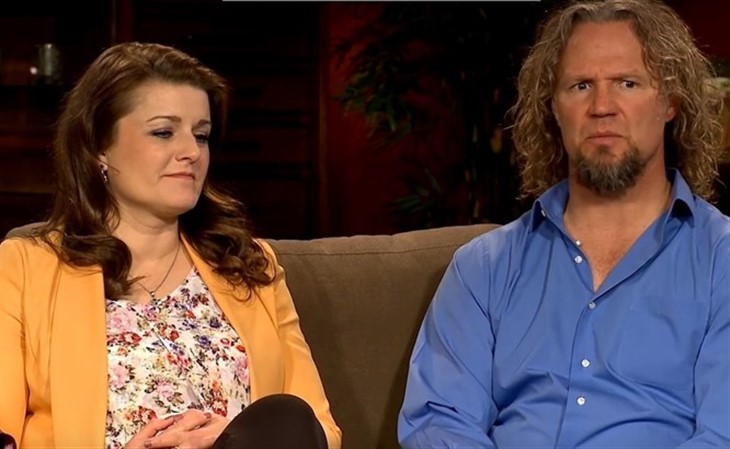 Sister Wives spoilers revealed that Christine Brown landed her own spinoff on TLC: Cooking With Just Christine. Well, the first episode got fans interested in the recipes. Now that the second episode aired on TLC and Facebook, fans seem enthusiastic about trying out her favorite dishes. This week, she prepared white lasagne, and during the episode, some fans thought they caught her shading her ex, Kody Brown.

Last week, TLC fans who tuned in to watch Christine were thrilled to discover that Truely featured when her mom shared her favorite dessert recipe: Carrot Cake. Fans just love Truely for a number of reasons. Firstly, she’s full of personality, Then, fans recall how she nearly died at the age of four. Additionally, she rocketed in popularity a couple of seasons ago when Kody taught her how to ride a bike. You might recall that he pushed her beyond her boundaries. So, eventually, she told him off, saying it was her body and she’d do what she liked with it.

Sister Wives fans reacted well to the first episode. Actually, if she had just warmed some weiners and served them on a bread roll, fans would have probably cheered. After all, they love that she kicked Kody to the curb and moved to Utah. Independent and declaring her single life really appealed to those who can’t stand Kody. Nevertheless, her carrot cake looked delicious and fans went off to make their own. The second episode arrived on Sunday, March 6, and this time, Mykleti appeared in Christine’s kitchen.

Christine Brown and Mykleti appeared together on Cooking With Just Christine. This time, Christine said that she’d instruct Mykleti on how to make her cheesy lasagne recipe. Apparently, Tony Padron can’t stand the menu that Christine comes up with. However, he does enjoy her lasagne. So, Mykleti seemed keen to learn how to make it. If you want the recipe, you can find it towards the end of the video on Facebook.

While Mykelti and Christine chatted away during the cooking process, Christine possibly shaded the Sister Wives patriarch. It came Mykelti started talking about mushrooms. Well, Mykelti doesn’t like eating mushrooms, so she told her mom that she’d definitely take them out before she ate the meal. Well, her mom could have just told her that “it’s okay to put them to one side.” Or she could have agreed that not everyone likes them. Instead, it seemed that she took the opportunity to shade her ex.

Sister Wives fans heard the Cooking With Just Christine star talk about making personal choices. So, she talked about not being “absolutely married to it,” which means you can make any amount of choices with the white lasagne. So, you can do whatever you want. Actually, it almost seems as if she loves cooking without having to worry about Kody reacting to whether she uses a chicken dish, a red meat base, or a zillion mushrooms.

Do you think that Kody’s ex shaded him by mentioning the freedom to do what she wants when not being married to it? Sound off your thoughts in the comments below.

Be sure to catch up on everything happening with Sister Wives right now. Come back here often for Sister Wives spoilers, news, and updates