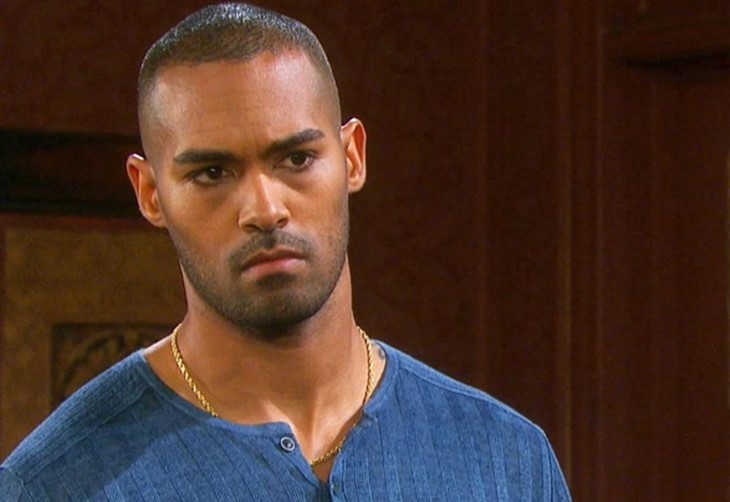 DOOL spoilers reveal that during the week of March 7, there will be several characters who return to Salem. Will Horton (Chandler Massey) and Sonny Kiriakis (Zach Tinker) reunite with their loved ones. “WilSon” tries to get through to Craig Wesley (Kevin Spirtas) regarding Leo.

Sonny ends up seeing more than he bargained for with Bonnie when he goes to check in on Justin Kiriakis (Wally Kurth). Speaking of Bonnie, she will give Nancy a makeover. Also, expect Nancy to face off with Leo. Meanwhile, Brady Black (Eric Martsolf) and Chloe Lane (Nadia Bjorlin) try to trick Leo. In an unexpected scene, John could play devil’s advocate.

Gabi Hernandez (Camila Banus) will leave Jake DiMera’s (Brandon Barash) head spinning by becoming the new CEO of DiMera Enterprises. Chad DiMera (Billy Flynn) doesn’t even find out until he goes to his office and finds Gabi sitting in his chair.

However, that’s not the only bombshell. Instead of putting Victor Kiriakis (John Aniston) on the board, Gabi appoints Johnny DiMera. Jake will be stunned when Johnny reveals himself as the devil. Before Jake can do anything, though, “JoDevil” knocks him out and erases his memory. Then, he claims that Jake attacked him.

Jake and Gabi will break up. However, Jake ends up having a very eye-opening conversation with Ben Weston (Robert Scott Wilson) about the devil. As for TR Coates (William Christian), he is being investigated by Paulina and Eli, who are determined to save Lani Price-Grant (Sal Stowers).

Days Of Our Lives Spoilers – Sarah Horton Aka Renee DuMonde

Days of Our Lives spoilers reveal that Sarah Horton (Linsey Godfrey) has been rescued. However, she doesn’t realize that she is Sarah and instead, is convinced she is Renee DuMonde (formerly played by Philece Sampler).

Sarah is obsessed with getting back the man she thinks is her true love, Tony DiMera (Thaao Penghlis). Of course, Tony is married to Anna DiMera (Leann Hunley), which will be a major problem for Sarah aka “Renee.” Xander Cook (Paul Telfer) will be stunned to see Sarah and tries to jog her memory. However, it is teased not to be successful.

Meanwhile, Gwen Rizczech (Emily O’Brien) will try to hold onto her secret and her man. Abigail DiMera (Marci Miller) interrogates Gwen but the truth will come out eventually.

During the week of March 14, Ben shares a theory with Marlena Evans (Deidre Hall). Meanwhile, Will tries to reason with Johnny while Gwen is pressured to tell the truth.