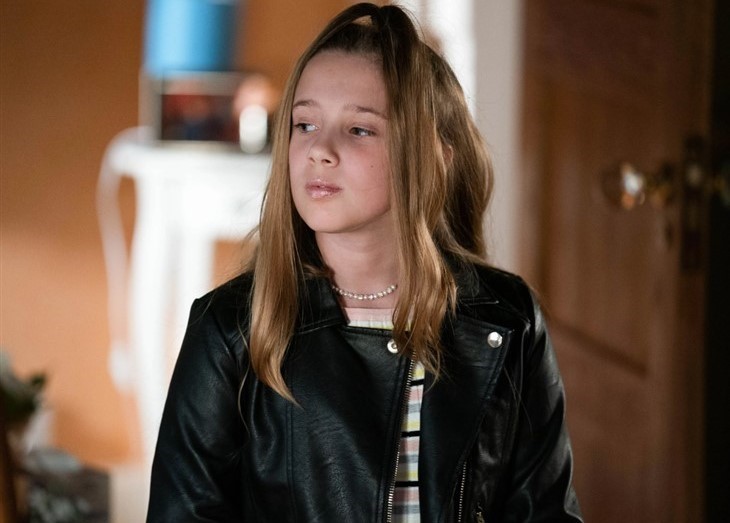 EastEnders spoilers, news, and updates tease that Amy Mitchell (Ellie Dadd) will be rushed to the hospital amid her self-harm storyline. She self-harms after learning that Jack (Scott Maslen) got fired.

Amy Mitchell started to harm herself after she and Denzel Danes broke up. Rumors also went around that they slept together, which added to her mental stressors and triggered her self-harm.

Fans may recall that Amy reported Jack’s attack on Denzel. And because of this, he’s at risk of losing his job. Now, Jack is waiting to find out if he’s been fired, while Amy feels guilty about what she did. Jack grows increasingly worried about Amy, so he tries to ask Howie Danes (Delroy Atkinson) to let her and Denzel spend time with each other.

Kim Fox (Tameka Empson) tries to convince Howie to mend bridges with Jack, but the former is concerned over the latter’s recent behavior. He eventually agrees to let Denzel meet Amy after Jack and Denise tell him that the latter is getting all the adult support she needs.

EastEnders spoilers show Amy and Denzel meet at the café where they have a serious talk. However, Nugget comes around and interrupts the pair.

Jack learns that Amy missed her therapy session. As they returned home, he and Denise are surprised to find her getting loaded in an ambulance. Jack goes to the hospital where Amy is recovering and tries to assure him everything will be alright. Later on, Jack and Denise are encouraged to let Amy see a psychiatrist before she can be discharged.

Jack tells Amy that he can’t afford to lose her. She and Denzel also have a brief chat. She asks him if they can get back together, but fans will have to wait and see what his response would be.

It’s the last month of the year, and everyone is excited to end 2022 with a bang. EastEnders also has a lot of surprises for its viewers. An EastEnders insider teased what fans can expect this month.

“The residents of Walford get set to celebrate the festivities, there are those who are desperate to reclaim lost soul mates, forge futures with new loves and fight dirty to protect their families,” the source said.

Be sure to catch up on everything happening with EastEnders right now. Come back here often for EastEnders: spoilers, news, and updates.