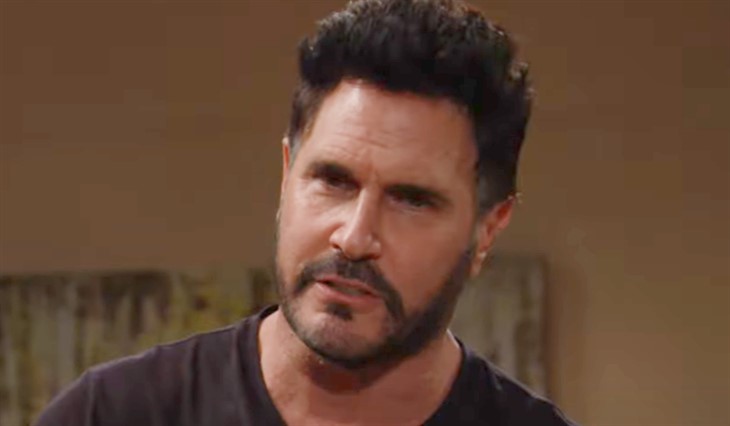 The Bold and the Beautiful (B&B) spoilers tease that Bill Spencer (Don Diamont) will pull a play out of his old playbook to stop Katie Logan (Heather Tom) from solidifying a relationship with Carter Walton (Lawrence Saint-Victor).

After Brooke’s chat with Bill failed, Bill turned his attention to Katie. He told her they should get back together. He thought they could be happy together. Katie turned him down, stating she deserved more. She deserves someone capable of committing to her, not someone constantly seeking Brooke’s attention.

As Carter listened to Bill’s spiel to each Logan sister, he became engaged. He couldn’t believe his nerve, and he had to say something to him. He told Bill that he should stay away from Katie, as she deserves much better than him. He pointed out that he’s hurt Katie for the last time, and he will see to it that their romance never sees the light of day.

The Bold and the Beautiful spoilers say Katie told her sisters, Brooke and Donna Logan (Jennifer Gareis), that she and Carter are getting to know each other. She said things were going well, and they could be on their way to a real romance. The scoop made her sisters very happy as she struggled over her breakup with Bill.

Carter will tell Bill to back off and let him and Katie get to know each other. Of course, B&B viewers know Bill won’t do that. The spoilers for the week of December 5 state that Bill will take a page out of his old playbook. Many soap fans believe this spoiler is related to Katie and Carter.

Bill could tell Katie that no matter what happens with Carter, they will always be a family because of their son. It could be enough to guilt her into giving Bill another chance.

If that doesn’t work to break Katie and Carter up, Bill could find more devious ways to sabotage their relationship. Let’s just hope Katie and Carter lean on each other and ignore all of Bill’s shenanigans.