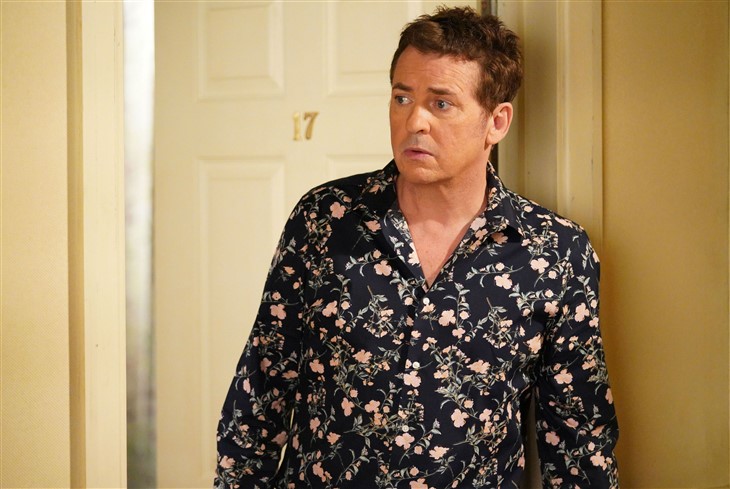 Fans may recall that Alife returned to Walford a few months back and has been trying to win his ex-wife, Kat Slater (Jessie Wallace) back. In an interview with Inside Soap, Clenshaw said that Alfie will continue to woo Kat and he’ll be back to his old tricks. When asked whether Alfie and Kat will ever get back together, Clenshaw tried to discuss an important point.

“The way I see it is: Alfie and Kat will always be the love of each other’s lives, but they’re in a position now where she’s fallen in love with Phil, and they make a brilliant couple,” Clenshaw said.

He explained that Phil is a different person now that Kat is already part of his life. Kat has a way of bringing out Phil’s good side.

“Deep down, Kat will always love Alfie – but there’s so much dirty water under that bridge and, no matter how much she loves him, I don’t think she can go back there at the moment.”

EastEnders Spoilers – Does This Mean Alife Moon Will Give Up On is Efforts To Win Kat Slater Back?

“That’s the big question: whether he will or not. All I’ll say is, we’re shooting something for Christmas, which is very funny, and sees Alfie trying his best to win Kat back and make his kids happy – but will he succeed?” Clenshaw teased.

He hoped that viewers will enjoy the storyline as much as they do. While waiting for this plot to kick off, fans will see heart-stopping scenes as Alfie finds himself at gunpoint when a robber uses him as a getaway driver.

Alfie will be held at gunpoint after a prank on Phil goes terribly wrong. A masked gunman jumps into his cab. He recently robbed a building society and now he’s spotted Alfie and his cab. Despite his current situation, Alife still drives to the shop to get Tommy’s game.

Stacey Slater (Lacey Turner) tells Alfie that she knows about the safe game and she catches the gunman’s attention after mentioning that the safe contains £30k. The gunman then orders Alfie to take him to Phil’s home.

Sister Wives Spoilers: Meri Brown Claims She Is Happy With Her Life, But Is She?

Sister Wives Spoilers: Kody Wasn’t In Love With Christine, Intimacy Was An Obligation