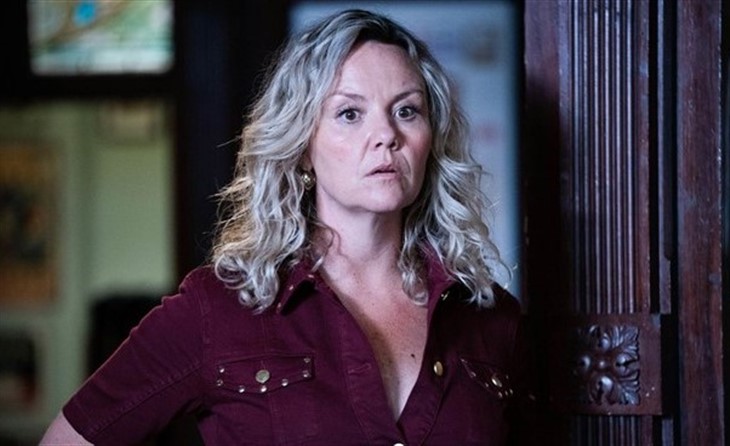 Fans may recall that Janine suffered an accident at the tube station that put the life of her unborn child at risk. She fell down the stairs and landed flat on her stomach. She was rushed to the hospital, and the doctors evaluated her and her baby’s condition after her fall.

Janine was told that because of the accident, her unborn baby could suffer serious complications such as a partial placental abruption. She returned to the Vic to rest, and Mick Carter (Danny Dyer) tried to give her the support she needed.

Later on, Mick’s worries become too much to bear, and he turns to Kim Fox (Tameka Empson) for help. Afterward, Mick met with Linda and confided in her about the possibility that his unborn child might die.

Linda has been very supportive of Mick, and she continues to remind him that he’s strong enough to overcome his problems. Meanwhile, Janine’s heart was crushed when she saw Mick and Linda together in the Square.

She confronted Mick about it, and the latter defended himself and said that there was nothing going on between them. But Janine won’t accept any of his explanations despite all the reassurance that Mick tries to give.

Janine felt even more devastated when Mick said that he’d choose Linda over her. That’s when she decided to call off their engagement. Mick accused her of blackmailing him into cutting ties with Linda. But Janine explained that she was doing all this for her own needs.

She reminded Mick that she loves him but pointed out that their relationship makes her feel lonely. She also added that she needs to protect her child from the feeling of rejection because she knows how hurtful it can be since she experienced it when she was a child.
Is this the end of their relationship?

Next week, Sonia (Natalie Cassidy) will catch Janine in a lie. She’ll threaten to tell Mick about it but Janine manages to stop her. Shirley will also begin to become suspicious of Janine. When the latter assures Sonia that she’ll tell Mick the truth, she’s left unaware that Mick is listening in on their conversation. What is Janine lying about this time?