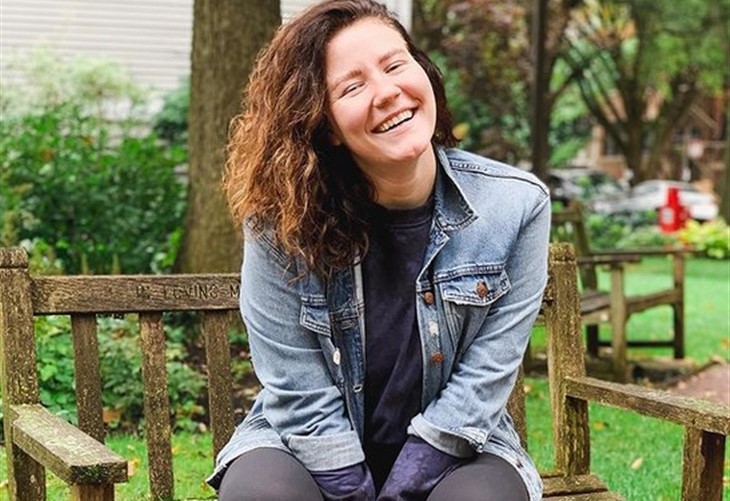 Sister Wives spoilers revealed that Meri’s daughter, Mariah Brown came out as trans, demanding that people use the names Leo or Leon Brown. In a post on June 28, they said that they no longer consider themselves to be a female. Well, fiance Audrey Kriss already seems well into transition and already grew nice-looking facial hair.  However, fans now wonder if Leon already got top surgery done.

When Leo or Leon shared about being trans, the caption noted, “[I am] incredibly genderqueer, trans, and unapologetic.” Additionally, followers were told, “if you choose to not use my correct name or pronouns, then you do not need to speak to or about me. my name is Leo or Leon, and my pronouns are they/them. please only refer to me in that way.” So from here on, we will respect that. Actually, a lot of TLC fans admire the couple for coming out so openly.

Sister Wives fans first praised Audrey Kriss when that person came out as trans. Later, photos revealed that happiness came after getting top surgery. Now, Leo Brown also claimed to have no pretense about gender and rejected socializing as a girl or a woman. However, fans spotted something in a photo that got them wondering if Leo already got top surgery like Audrey.

When Audrey shared a post on TikTok, Redditor u/bitch_in_apartment23 shared a screenshot on the r/SisterWives Sub-Reddit. They captioned it with, “wait did Leon have top surgery too?” Actually, the photo seemed to show that Leon Brown’s chest definitely looked flatter than before. Additionally, their appearance looks rather more masculine these days. Although no facial hair is apparent, TLC fans commented about whether Leo got top surgery before Audrey started transitioning.

Sister Wives follower r/Ok_Mycologist_5569 opined, “I think maybe yes. When Audrey announced I actually thought Leon looked more masculine. I suspect that Leon may have started the process before Audrey” Thye added, “I think it’s natural for people to wonder once they see some kind of announcement. People need a minute to adjust.”

Another person commented, “I kind of actually knew this was coming for a while. Good for them, at least they are happy.” they also noted, I will never know what it’s like to be in a body I don’t identify with (at least in terms of gender) and I imagine that to be a very painful feeling, so I hope nothing but health and happiness.”

Sister Wives – Some Fans Upset By The Question

One Sister Wives follower seemed very irritated thatTLCfans discuss Leon’s surgeries. They felt that it seemed like an invasion of privacy. The comment said, “If Leon wants their top discussed they will address it….”

What are your thoughts? Do you think that after coming out as trans that it’s wrong for people to speculate on Leon Brown’s top surgery? Sound off in the comments below.

Days Of Our Lives (DOOL) Spoilers: Does Will Discover That Leo Stole Abby’s Jewelry?