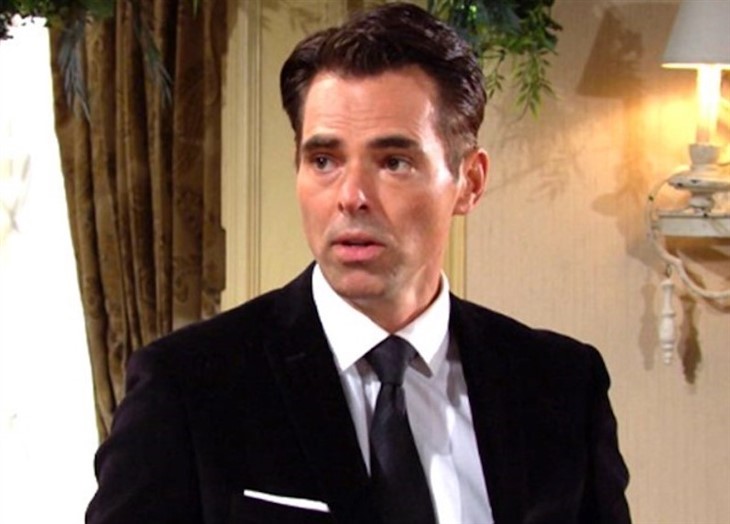 The Young and the Restless (Y&R) spoilers reveal Billy Abbott once again at a crossroads in his life and it turns out one of his old flames is feeling the exact same way. Could a new beginning be in store for both of them?

The Young And The Restless Spoilers – Is It Over For Billy Abbott And Lily Winters?

While Lily Winters (Christel Khalil) always seems to forgive Billy Abbott (Jason Thompson) for every mistake he makes (and there are a lot), there’s going to come a time soon when she has had enough and will tell him so.

We all know Lily can be an understanding woman after all she put up with being married to Cane Ashby (Daniel Goddard), but there are limits and she might not want to be with another man who is just like the one she divorced. A man who cannot stop screwing up his own life even when he doesn’t mean to.

We also know that Billy is a restless soul who is never satisfied with anything. When life gets too comfortable, he always seems to back away because it’s as if he feels he doesn’t deserve happiness. He made that error so many times with Victoria Newman (Amelia Heinle) that she ended up with someone like Ashland Locke. (Robert Newman)

Since Adam Newman made it clear he no longer wants her and Rey Rosales died, Chelsea Lawson (Melissa Claire Egan) has been roaming around town aimlessly. In fact, she can’t even seem to remain friends with Chloe Mitchell Fisher (Elizabeth Hendrickson) this time around.

Billy and Chelsea have a chance encounter this week just like they did all those years ago when Chelsea ended up pregnant with Johnny Abbott. The two have a connection because they share a child that Victoria adopted, but could that connection turn into more?

Billy and Chelsea are too highly damaged people who might just find what they want with one another, which could shake up Genoa City and the lives around them. Victoria would be shocked that Billy is with this woman who has been in her life enough as her sister-in-law while Lily would be stunned that Billy went from her to someone who has rarely been anything but trouble during her time in GC.

Perhaps that is the way it was meant to be and these two characters can give one another purpose. Stay tuned to The Young and the Restless weekdays to see if this will ever happen.