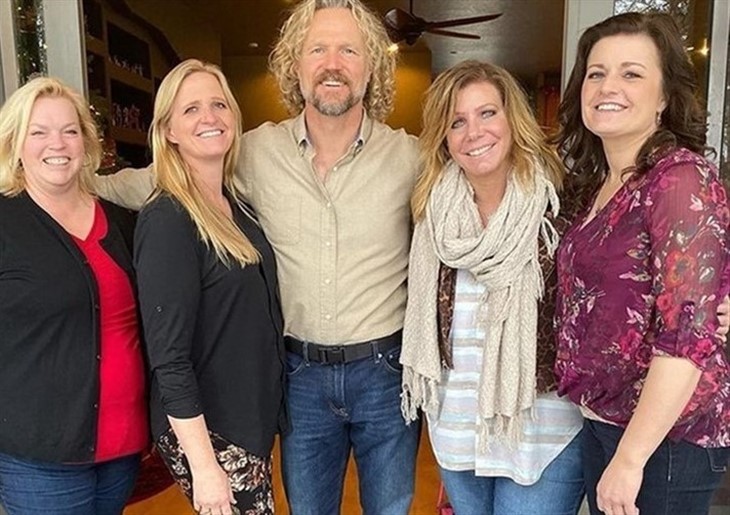 Sister Wives fans tune in for many reasons. Some of them watch the TLC show because it’s there, and they followed the family from the beginning. Meanwhile, others enjoy the drama and the trainwrecks.

Recently, others start watching because they saw the show hashtagged on social media. And, all of them tune in to allow themselves to grow angry about Kody Brown. But, how far from the original premise did the show move? Has it actually delivered on the reason why the network ran with it in the first place?

When fans first tuned in to watch Kody Brown and his three wives, he hadn’t yet married Robyn. Fans met the kids: reliable; Logan, shy Mariah, lanky Paedon, and the rest of the kids, bar Robyn’s. Back then, Meri was his only official wife. Janelle joined the family in Utah, as did Christine. Mostly, they seemed like a happy family. Not as much drama came along then.

Sister Wives fans saw that Kody seemed concerned about the potential danger to his wives and children. Back then, society really didn’t tolerate polygamy, so his attitude seemed reasonable. Now, in Season 16, fans see very little that’s reasonable with Kody. Christine left him, Robyn grows tired of his unhappiness, and Janelle seems angry about all his rules. Only Meri seems to have much time for him, and she’s pretty much an enigma as he doesn’t love her.

Massively popular when the show premiered Season 1, it keeps on coming despite annual articles suggesting it’s the last season. But, did it stick with the very original reason why Kody took his family onto television? If you don’t recall, Kody wanted to make the public more aware of polygamist families and to combat societal prejudices. Did the show deliver in the area of societal prejudices? Did it make folks more understanding?

Sister Wives fans generally suggest across social media, that the show made them even more confused than before. While a lot of people learned about temples and faith, spiritual wives, and even vows and commitments, they see a trainwreck. Trainwrecks might be fun to mock, but it certainly doesn’t do much to change society’s views on polygamy, it seems. Combing through Twitter reveals just how far the show drifted from its original premise.

Sister Wives apparently didn’t bring understanding, it seems. As each season rolled by, fans became more confused and more critical of the lifestyle. A lot of people hate that it only empowers the man. In 2022, fans don’t like to see women dictated to, for a start. So many crumbling bricks in Kody’s relationships with his wives draw the conclusion that American society probably still thinks of polygamy as a guaranteed failure.

One follower of the show wrote, “I just started watching sister wives from season 1 and it’s so sad watching each season expose the insecurities these women have and this narcissist of a “man” break them down both emotionally and financially more and more to keep them trapped. It’s crazy obvious too.”

This comment by @Wittmara1 probably summed it up the best: “Sister wives is so f–king entertaining because every season is a shit show and we get to watch it unravel. Kody also has taught us that getting hit by a train seems more appealing than having four wives.“