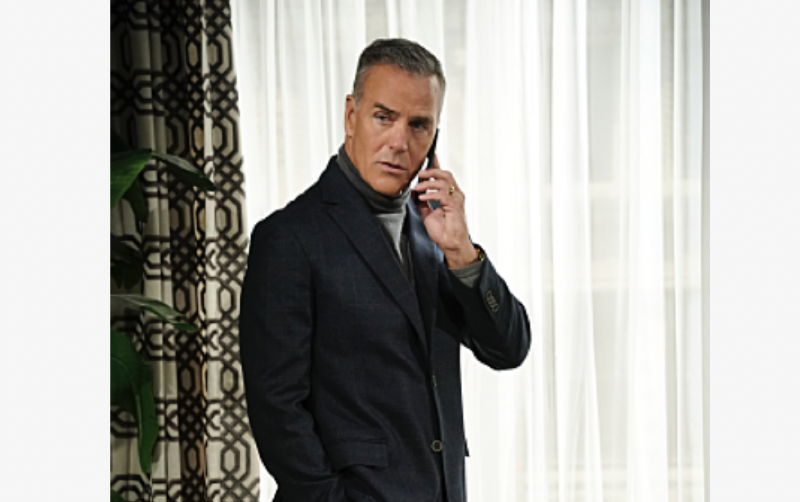 The Young and the Restless (Y&R) spoilers reveal that hours ago, Richard Burgi announced via his Instagram Stories that he is leaving the role of Ashland Locke after debuting on the show last March.

Who is Ashland Locke? He arrived to Genoa City as a formidable high-octane businessman from New York City. He had a wife, Tara Locke (Elizabeth Leiner) and a young son. Eventually that story spun 180 degrees to reveal that the wife had a fling with Kyle Abbott (Michael Mealor) years ago which resulted in the adorable three year old.

But before all that emerged, Locke was there to sell his media company, Cyaxares to the highest bidder. Power players like Billy Abbott (Jason Thompson) and Lily Winters (Christel Khahlil), and Victor Newman (Eric Braeden) and Adam Newman (Mark Grossman) fought in the trenches to win the bid.

The Young and the Restless spoilers: Locke and Victoria Married

Locke and Victoria were like fire and ice and sparks flew between them to the point that they became involved. She was shocked to learn he had a potentially fatal illness. Prior to this he had a heart attack while trying to undo his deal with Victor and Victor would not call 911 until the struggling man signed the paperwork.

Despite the Newman family drama, Victor became Locke’s biggest supporter as it became clear his daughter was in love with the man. The two married and the latest fans heard from Ashland was that his experimental cancer treatment was working. What happens next?

Y&R spoilers: Will the Role Be Recast?

Burgi’s contract status was a frequent point of discussion among fans and not long ago it was reported that he had signed a contract after initially not wishing to do so.

What happens next is anyone’s guess. Will Ashland die? Will the role be recast? Will Ashland revert to form and become the Locke Ness Monster, ruthless and backstabbing to get what he wants? Come back here often we will keep updated on the news surrounding this story as it becomes available.

This is how the actor broke the news on his Instagram stories: “I want to say thank you to all of you wonderful folks who have been so kind and generous and supportive with your words. I have such gratitude for the support. I’m moving on from the show. I’ve had a great year on Y&R and I’ve just thoroughly enjoyed the great cast and crew. Such wonderful people. And I wish you all a good start to 2022 — luck, health, love, joy. God bless.”