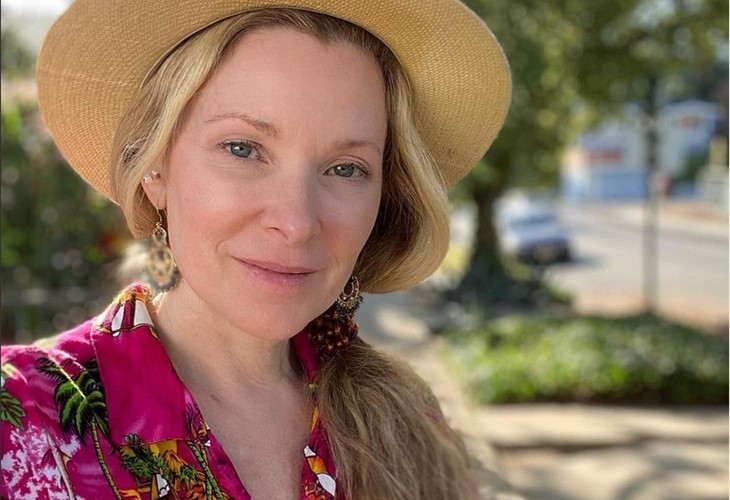 Days of Our Lives (DOOL) spoilers tease that with Melissa Reeves temporarily back as Jennifer Horton, that Cady McLain is no longer playing that role. But that hasn’t stopped Cady from moving forward. She recently posted on her Instagram that is back on set of what she described as “a terrific show”. While there’s no word on exactly which show she is referring to, or if it’s even one of the four soaps, let’s take a look at the possibilities.

Primarily known for her role of Dixie on All My Children, that show is no longer on the air. All My Children might be rebooted as a nighttime show called Pine Valley in the future, but it’s not even in production at this point. McLain also played Rosanna on the similarly defunct As the World turns so there little to no chance she is playing either of those roles. But what about the shows still on the air?

DOOL Spoilers – Has the Bold & The Beautiful Or General Hospital Hired Cady McLain?

Cady hasn’t been on either the Bold & the Beautiful or General Hospital. General Hospital is unlikely because is isn’t in production this week. But what about Bold? Is there room for her on their canvas? While it’s certainly a possibility, it seems more likely that McClain will be returning to one of the shows that she has already been associated with. That would leave either the Young and the Restless or Days! Any of the current daytime shows would be lucky to have her!

Days Of Our Lives Spoilers – Cady McClain Once Played Kelly Andrews On The Young And The Restless.

Cady certainly made an impression as Kelly on the Young and the Restless. But that particular character is dead and gone. But like with any of the daytime shows, she could show up as a previously unknown twin. Or possibly even a brand new part completely unrelated to Kelly. Time will tell if McClain will soon be back in Genoa City! 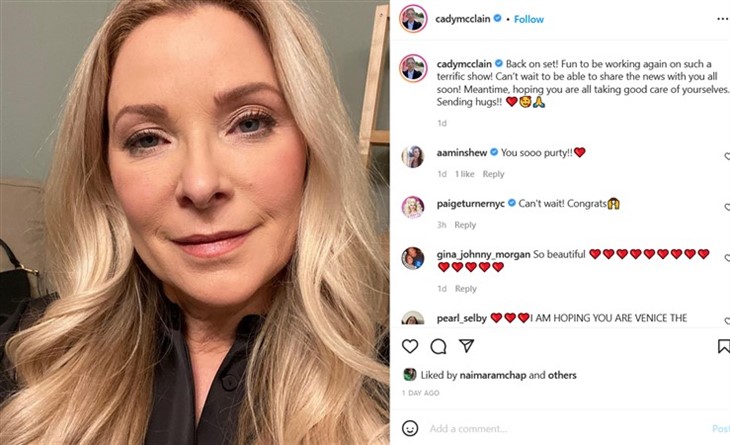 DOOL Spoilers – Could Cady McClain Be Returning To Days?

Since McClain was only filling in Melissa Reeves as Jennifer, and Reeves has reclaimed the role, it doesn’t seem like she will be playing Jennifer. But since it was her most recent role, there is every possibility that she is returning to Days, just in a different role. She may even be playing another Horton. Cady seemed to enjoy her time on Days and she even won an Emmy for her short-term work there. Right now the possibilities are endless, but any of the four shows currently on air seem to be the main contenders!

Is Cady returning to daytime? Or is she on a prime-time show now? Where would you like to see this fabulous actress turn up next? Don’t forget to check back right here regularly for all your soap opera casting news, information and spoilers!