B&B Spoilers: Sheila Gets Away With Murder, Why Steffy’s Silent 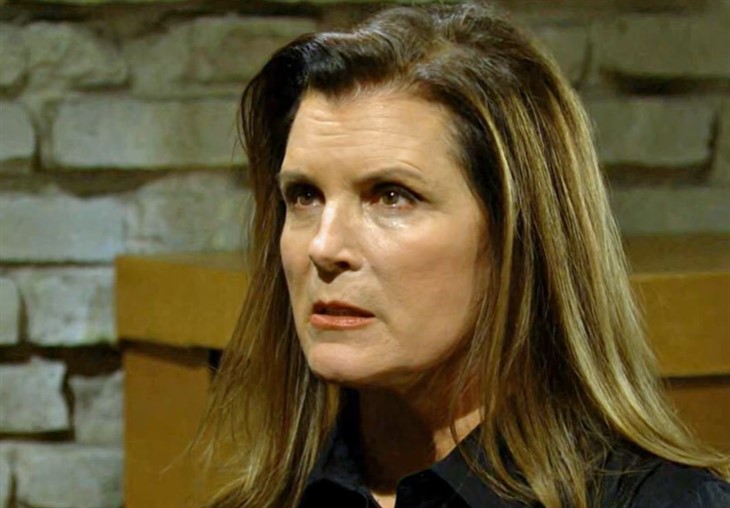 The Bold and the Beautiful (B&B) spoilers reveal that Sheila Carter (Kimberlin Brown) isn’t arrested after shooting John “Finn” Finnegan (Tanner Novlan). That means Steffy Forrester Finnegan (Jacqueline MacInnes Wood) doesn’t say anything, but why? Chances are Steffy doesn’t die but there could be a valid reason for her silence. Keep reading to find out what could happen next.

The Bold And The Beautiful Spoilers – John Finnegan’s Death

B&B spoilers reveal that Finn tried to save Steffy. Even though Finn has repeatedly tried to support Sheila, the good doctor had a bad feeling. Finn was able to prevent Sheila from killing Steffy. However, Finn was shot instead, and it appears that he could be dead.

Whether Finn dies or survives won’t be known until the week of April 4. In either case, Sheila will be guilty of murder or attempted murder.

B&B Spoilers – Getting Away With Murder

Unfortunately, it seems that Sheila will get away with her crimes for a little while. Sheila is a free woman during the upcoming week. Sheila gets comforted by Deacon Sharpe (Sean Kanan), who probably gets a vastly different version of the events that took place. Sheila even has interactions with Taylor Hayes (Krista Allen) and Li Finnegan (Naomi Matsuda).

The Bold And The Beautiful Spoilers – Coma Or Amnesia

The Bold and the Beautiful spoilers reveal that Steffy would never stay silent about Finn’s shooting. Even if Steffy’s life depended on it, she would want Sheila to go down. If not for her mother or herself, to avenge Finn’s death and to protect Hayes Forrester Finnegan (Piper Harriot).

So, what keeps Steffy silent? Wood is going on maternity leave and will need a story to explain her absence. A popular theory is that Steffy lands in a coma. However, what if it’s not a coma but amnesia? That’s certainly a popular storyline in soaps and it would explain a lot of the spoilers we are seeing for the next two weeks.

That would allow Sheila to fill in the blanks for him. Of course, Sheila telling Finn about their “close” relationship would be a total lie. However, Sheila finds a reason to justify everything. The only problem is what happens when Steffy wakes up and Finn eventually remembers everything? How far will Sheila go to keep her killer secret?

GH Spoilers: Danger In The Air, Britt Meets Selina At The PC Grill