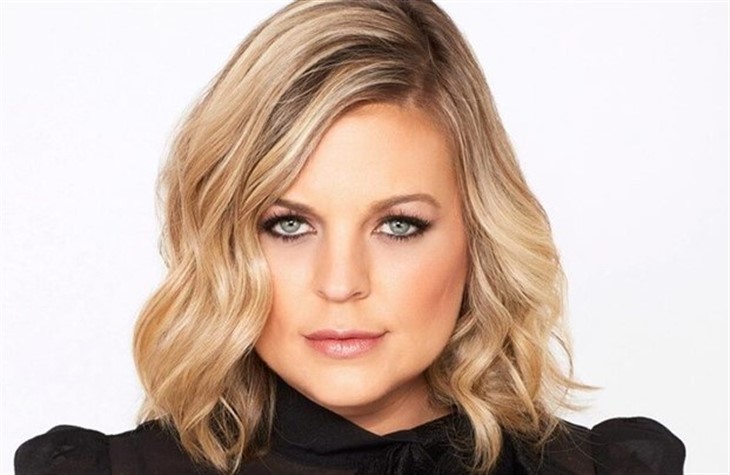 General Hospital spoilers and updates tease that Kirsten Storms opened up about her relationship with her ex-husband, Brandon Barash. The actress, who plays Maxie Jones, clarified that Barash never cheated on her and there was no betrayal when they were together.

In an interview with Maurice Benard in his podcast, the State of Mind, the actress answered the actor’s questions about infidelity playing a part in her split with Barash.

“That was never an issue in our relationship,” Storms said.

“I would not be talking to [Brandon] now if he had cheated on me. We didn’t have a betrayal of any sort like that,” she explained.

The actress admitted that they have different personalities. Storms described Barash as a type-A kind of person while she’s more of the free-spirited kind. They may not be the best co-parents but she explained that they try to find a way to make things better after arguments.

The actress revealed that they realized things won’t work out with them romantically after they got married. She admitted that divorce was hard for both of them and they felt that they failed. But even if their marriage didn’t work out, Barash and Storms remained good friends.

Storms explained that she’s been friends with Brandon for seven years before they got married. They share a daughter, Harper, whom they co-parent. They make things work because they put Harper first. The actress added that she’s capable of letting go of all the negativity because Brandon loves their daughter so much. She added that Barash has always been there for her in both good and bad times.

Elizabeth Baldwin (Rebecca Herbst) continues to struggle with her stalker problem. However, she no longer has a clue as to who’s the culprit after she and Hamilton Finn (Michael Easton) ruled Jake Webber (Hudson West) out.

Finn wants Liz to assure him that nothing can stop them from getting together. However, they’ll be in for a shock with another stalker incident. Liz will find another clue, which will rattle her more.

aaaaa she’s set to meet up with Selina Wu (Lydia Look). She’ll make a shocking discovery during their meeting and wonder if Selina has set up a trap for her.

Selina knows that Britt has a hold on Brad Cooper (Parry Shen). She may want to discuss how Britt can help her convince Brad to work for their organization. Britt may wonder why she has to take orders from Selina. But the latter may explain what happens to people who get on her bad side.