The Bold And The Beautiful Spoilers: Steffy Shot Next? Deacon Roped Into Sheila’s Crime 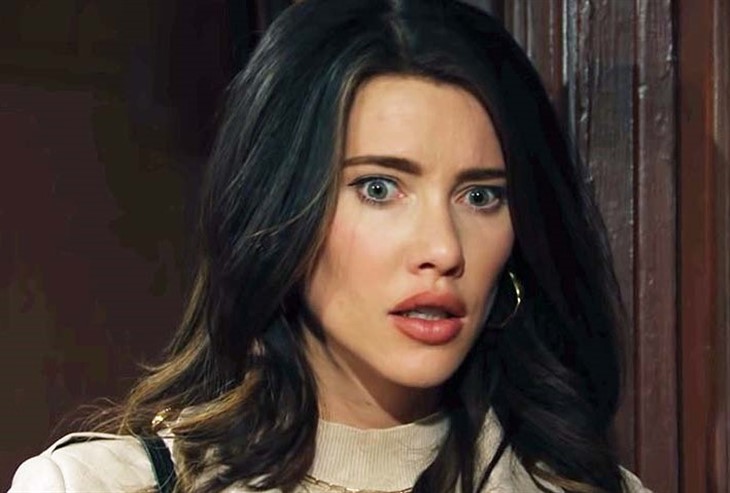 The Bold and the Beautiful spoilers reveal that Sheila Carter (Kimberlin Brown) shot John “Finn” Finnegan (Tanner Novlan). Then, Sheila pointed the gun at Steffy Forrester Finnegan (Jacqueline MacInnes Wood). Deacon Sharpe (Sean Kanan) will calm a panicked Sheila, who might have already shot Steffy. So, what happens next and how will Deacon play into it?

The Bold And The Beautiful Spoilers -Saving Steffy Forrester Finnegan

B&B spoilers reveal that Sheila turned to extreme measures when Steffy confronted her about Brooke Logan Forrester (Katherine Kelly Lang). Sheila pulled out a gun and turned around to kill Steffy. However, Sheila was unaware that Finn ran in when he got a bad feeling. To Sheila’s horror, the bullet struck Finn instead of Steffy.

As Steffy tried to call 911, Sheila stopped her by pointing the gun at her head. Friday’s episode ended on a cliffhanger, so what is going to happen next?

There is a theory that Sheila will shoot Steffy, but it might not kill her. Wood is pregnantand should be going on maternity leave soon. So, Steffy could be in a coma until Wood comes back to the set. It is teased that Ridge Forrester (Thorsten Kaye) make a heartbreaking request of Steffy. That request might be for Steffy to fight for her life and wake up because her children need her.

Meanwhile, Sheila will spin a story to protect herself. If Steffy is in a coma, then she can’t tell anyone what Sheila did. Everyone knows about how much Steffy hates Sheila. So, Sheila will try to use this to convince everyone that the shooting was an accident. Another possibility is that Sheila will claim Steffy tried to kill her when it was actually the other way around.

The Bold And The Beautiful Spoilers – Deceiving Deacon Sharpe

The Bold and the Beautiful spoilers reveal that during the week of April 4, Deacon goes into the alley. Deacon finds Sheila in a panicked state and tries to comfort her. Deacon has done a lot of bad things in the past, but we can’t see him protecting Sheila if he knows what really happened. Deacon might be given a story to make it seem like it was all a tragic accident. Sheila might even claim that Steffy shot Finn!

Another clue that Steffy is unable to tell anyone what Sheila did comes from Soap Opera Digest. Taylor Hayes (Krista Allen) will mediate when Sheila gets into a war with Li Finnegan (Naomi Matsuda). Then, two weeks ahead, Sheila’s dream comes true.

Since Sheila has repeatedly talked about how she just wants a relationship with Finn and Hayes Forrester Finnegan (Piper Harriot), how does that play out? We can’t see Finn wanting anything to do with Sheila if he somehow survives. So, if Sheila can convince everyone that this is just a terrible accident, could she be allowed to bond with Hayes? Would the Forrester family actually let that happen?