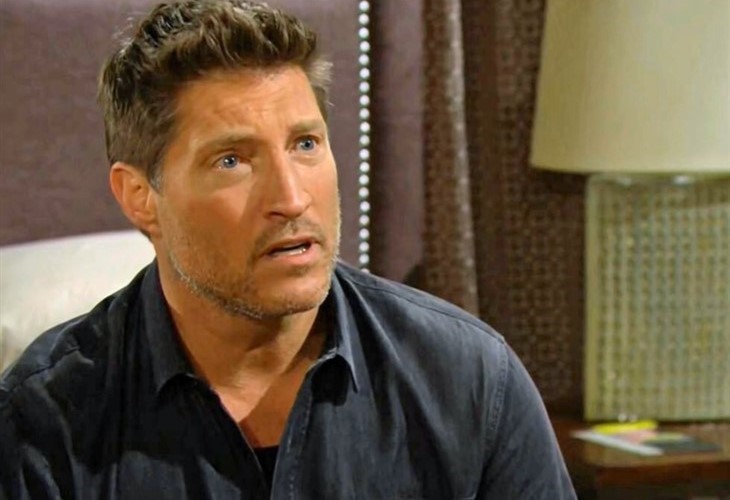 The Bold and the Beautiful (B&B) spoilers document that Deacon Sharpe (Sean Kanan) was taking out the trash when he saw something horrible. The aftermath of what looked like a robbery existed in the alley behind the restaurant where Kanan’s character works and lives.

Deacon felt for pulses and had blood on his hands as he called for an ambulance. He was questioned by the police but appeared not to be considered a suspect.

The Bold And The Beautiful Spoilers – Ridge Forrester Seeks Murderer

Deacon told the police that Steffy’s family needed to know what happened. After being given permission, Deacon called the man he was in a violent altercation with just weeks ago.

Ridge Forrester (Thorsten Kaye) was surprised to see Deacon’s name appear on his smartphone. Viewers wondered how and why one of Ridge’s mortal enemies had his number. But such is soap.

It would not be a stretch to see Ridge lash out at Deacon or cast suspicion upon him as the murder suspect, potentially claiming it was a revenge attack. But that type of emotional play would likely be discounted by the Los Angeles Police Department.

Deacon’s greater threat is the woman he broke the terrible news too. He went directly to Sheila Carter’s (Kimberlin Brown) hotel suite to tell her that Finn did not survive the shooting.

Brown delivered a mesmerizing performance as she put a smile on her face when opening the door, joked about him showering with her, and, moments later, faked being shocked by the news. Sheila then fell onto her bed, sobbing uncontrollably.

That masterful performance means Deacon is in great danger. He is the one person who could determine that she was the shooter, and if that happens, his life could be over.

The Bold And The Beautiful Spoilers – Deacon Sharpe Senses Horror

Deacon can not read Sheila’s mind. But he has learned to sense her moods and suspect her motivations.

Sheila told Thomas Forrester (Matthew Atkinson) that she gave Brooke Logan Forrester (Katherine Kelly Lang) alcohol. While not confiding that to Deacon, he stands as the best version of a friend she has.

An already unstable personality will feel compelled to be part of Finn’s funeral. Will Sheila be able to play the role of a grieving birth mother without slipping up when confronting those who hate her at those events?

Deacon does not know it yet, but he is standing in Sheila’s next direct line of fire. If or when he learns the horrifying truth, he will need to be dealt with so that all crimes can be covered.