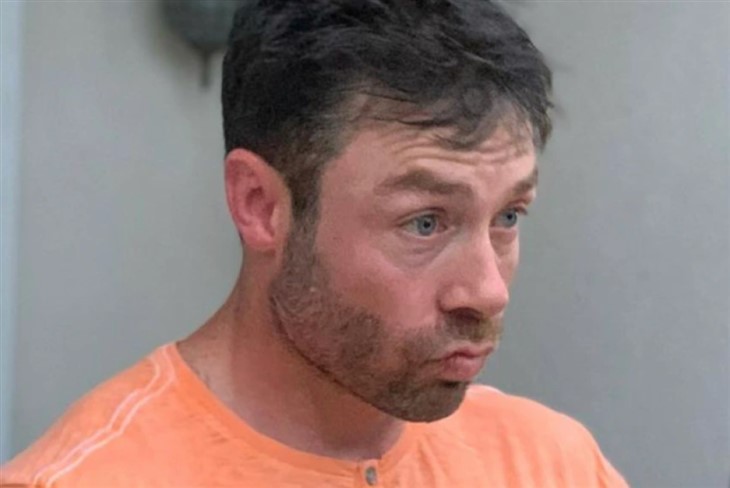 90 Day Fiance fans heard some disturbing news about Geoffrey Paschel’s brother Nicholas recently. Now, Varya Malina shared a video that showed him stepping up in support of freeing her lover. Many loyal fans want to see Geoffrey free from prison. Meanwhile, it seems like his brother might not be the best advocate for the TLC alum’s release from prison.

TLC fans heard that in June 2019, police were called out to a domestic disturbance between Paschel and his former fiancee, Kristen Wilson. Allegedly, he assaulted her and she claimed that he grabbed her by the neck and slammed her head against the wall repeatedly. Well, Geoffrey always claimed his innocence and maintained that she self-inflicted the injuries when they were both drunk. Anyway, the jury didn’t buy it and he was convicted and sentenced to 18 years in jail.

After the sentencing, 90 Day Fiance star Varya Malina said that they were expecting the sentence that he got. However, they still plan on appealing it. After all, she totally believes that he never committed the crime. In fact, a lot of fans think that he drew the short straw as the judge ruled out a mistrial. It came when the defendant introduced information into the case that was not relevant. Now, his brother Nicholas also stepped up in support of Geoffrey, but he might not best the best advocate for it.

On April 6, Varya posted up a video of Geoffrey’s brother getting a tattoo. At the end of it, he posed with it and it read, “Free Geoffrey.” A lot of fans slammed any trolls who think that the TLC star is guilty. In fact, a surprising number of people don’t think that he deserves to be behind bars. Interestingly, cast members, Jenny and Summit liked the post.

Actually, the cast doesn’t really talk about it much, but some of them scratch their heads as to why Geoffrey didn’t take a plea deal ages ago. After all, it all would have been behind him by now. However, he seemed determined to clear his name.

90 Day Fiance fans who liked that Geiffreys brother got a tattoo to free him might not know that allegedly, Nicholas also had a run-in with the law. In November last year, Screenrant reported that Nicholas was “Accused Of Bank Robbery In Florida.” The outlet also reported, “Geoffrey’s alleged father Bobby Dean Paschel’s criminal history revealed that he got arrested in October 2008 for assaulting a minor of a different sex.”

Many 90 Day Fiance fans think that the family of Geoffrey is pretty much a trainwreck. Critics believe that the best thing Varya could do is get out of the USA and forget about her man. However, she sticks with the family and seems to be there for Geoffrey’s sons.

Be sure to catch up on everything happening with the TLC cast right now. Come back often for 90 Day Fiance spoilers, news, and updates.