The Bold And The Beautiful Spoilers: Taylor Tricked, Sheila Uses Grief To Get Hayes 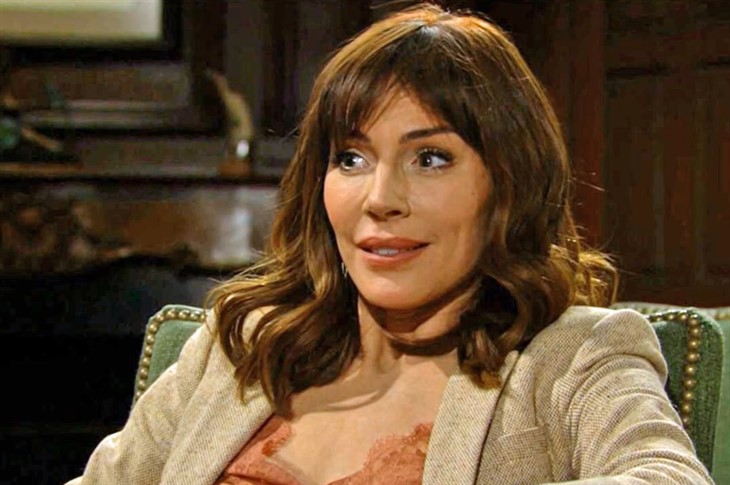 The Bold and the Beautiful spoilers reveal that Sheila Carter (Kimberlin Brown) gets what she has dreamed of during the week of April 11. Since John “Finn” Finnegan (Tanner Novlan) is dead, Sheila must get access to Hayes Forrester Finnegan (Piper Harriot). Taylor Hayes (Krista Allen) will likely feel sympathy for Sheila and let her see Hayes. However, this is a big mistake.

The Bold And The Beautiful Spoilers – Sheila Carter’s Façade

B&B spoilers reveal that Sheila killed Finn and critically wounded Steffy Forrester Finnegan (Jacqueline MacInnes Wood). However, Sheila made it look like a robbery before scampering out of sight. Deacon Sharpe (Sean Kanan) came across the victims and called 911 as well as Ridge Forrester (Thorsten Kaye).

Later, Deacon went to tell Sheila in person about Finn’s death. Of course, Sheila put on her mournful act. Deacon will fall for it and console Sheila during her “grief.”

While most people don’t trust Sheila, Taylor has been cautiously giving her the benefit of the doubt. Taylor has tried to closely observe Sheila and has conversations with the villain. Taylor believes that her education and experience as a psychiatrist will alert her to any warning signs. Well, there have been red flags, but Taylor hasn’t really picked up on them.

Right now, Sheila seems to be getting away with killing Finn and the attempted murder of Steffy. The truth will eventually come out. However, until it does, Taylor will likely feel sympathy for Sheila losing her son.

The Bold And The Beautiful Spoilers – Using Grief To Get Baby

The Bold and the Beautiful spoilers reveal that Sheila will probably milk her grief to get what she wants. Sheila can’t have Finn anymore but might think the next-best thing is Hayes. Of course, if Steffy were awake, she would do everything in her power to keep Sheila away from Hayes. Steffy would also tell everyone who really murdered Finn.

Ridge, Thomas Forrester (Matthew Atkinson), and Brooke Logan Forrester (Katherine Kelly Lang) are others who would try to keep Sheila away from Hayes. However, Taylor could feel so badly for Sheila that she makes a critical mistake. It is suggested that Taylor might allow Sheila to see Hayes.

If Sheila gets to see Hayes, this puts the baby in danger. Not only is Sheila grieving but she is dealing with the guilt of murdering her own flesh and blood. Plus, she is mentally spiraling and fears Steffy will wake up and tell everyone what she did.

As people connect the dots, Sheila might get desperate to not lose her last connection to Finn. When people realize what Sheila has done, will she disappear with Steffy’s baby? We will have to keep watching the CBS soap to find out.