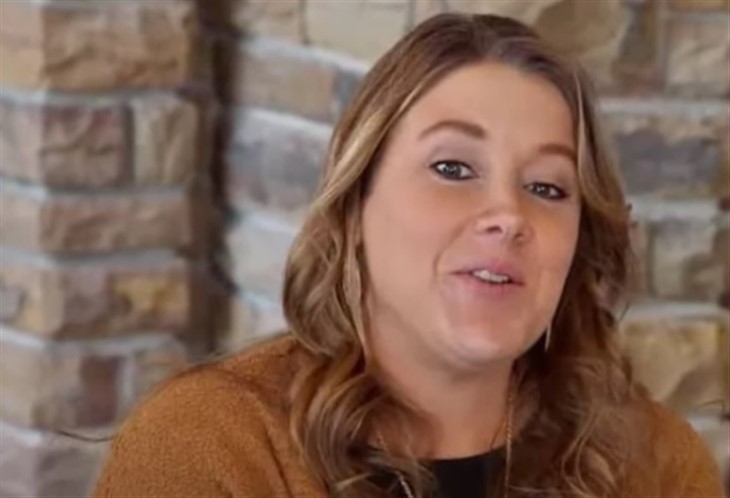 Anna Duggar faces her first major milestone since hubby Josh Duggar got imprisoned for child pornography. And that milestone involves her 34th birthday. With seven children and a husband in jail, Anna may long to enjoy at least one day to relax. But who can help?

Now insiders have revealed that Josh’s wife actually has several options, including getting help from her mother-in-law Michelle Duggar. But Anna’s decision depends on whether she will agree to turn over those seven youngsters to someone else. Get the details below.

Happy 34th birthday, Anna Duggar! But the wife of Josh Duggar may face challenges in finding reasons to feel happy. With her husband in prison for more than 12 years, Anna must care for their seven children. And that makes it hard for her to find time for self-care.

However, an insider told In Touch magazine that some family members and friends want to help. “I know that she’s been invited to go out, leave the kids at home with her mother-in-law Michelle or her own parents,” shared the source. But Anna hesitated about which option to choose. And the insider indicated that Josh’s devoted wife wanted to wait until the last minute to make a decision on what to do for her birthday.

“But I don’t think it’s a set plan,” added the source. However, Anna’s friends and family do want to help her enjoy her birthday. As a result, the insider described a relaxing “low-key, girls’ night out” as the goal for the 34-year-old mom of seven’s celebration.

Anna Duggar – Stands By Her Imprisoned Hubby Josh With 7 Kids

Ever since Josh Duggar tied the knot with Anna Duggar, she has faced challenges in staying loyal. First came the scandal involving Josh allegedly molesting underage girls, including some of his sisters. That scandal resulted in TLC cancelling the family’s show 19 Kids And Counting.

But Josh had not yet finished putting his wife’s loyalty to the test. As the 19 Kids And Counting spin-off, Counting On, aired without Josh, Anna’s husband cheated on her. Once again, Josh confessed and promised to do better. However, the child pornography scandal resulting in Josh spending more than a decade in jail sparked rumors that Anna would divorce him and ended the spin-off reality TV show.

Tell us what you think. Do you hope that Anna Duggar finds a way to relax and enjoy her birthday? And after you share your views, check back on our site for more reality TV news.