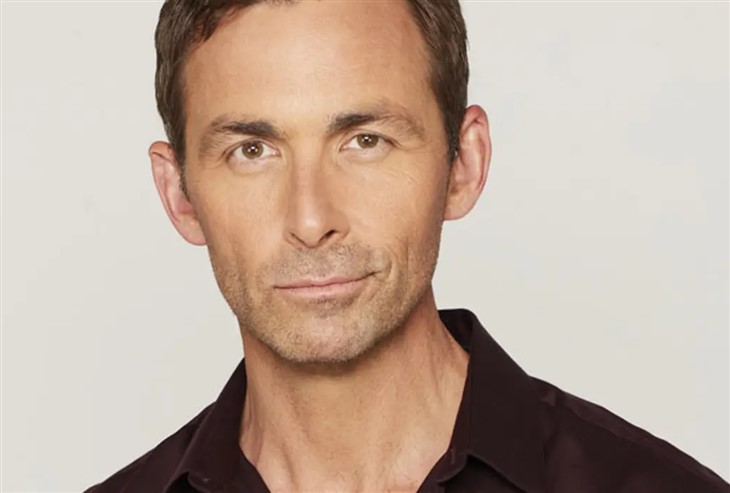 General Hospital star James Patrick Stuart received his first Daytime Emmy nomination back in 1992 when he played Will Cortlandt on ABC’s All My Children. At the time he was up for Outstanding Younger Leading Actor. However, for the past two years, he got the nod in the Outstanding Supporting Actor category for playing Valentin Cassadine on GH. This year, he received his third nomination for the role.

In 2020 and 2021, Stuart’s nominations came in the midst of COVID in which the Emmys had to seriously improvise in order to get the awards out there. In 2020, it was practically a Zoom meeting and in 2021, there was a pre-taped red carpet walk and pre-taped acceptable speeches. This year, Stuart gets to attend the real deal and intends to bring a very special person with him — his wife.

“We’ve never gone together before. I’ve only been nominated during COVID. I am definitely looking forward to going in person this year,” Stuart said in the June 28, 2022, issue of Soap Opera Digest. “The first year, they had nominees do videos from their house and I was a smart-ass and I made a tap of me making a Hot Pocket in the microwave saying, ‘I only have 30 seconds to thank everyone in my life.’ And then the next year, it was very frustrating because they said, ‘Let’s make you dress up and make speeches pretending you’ve won.'”

When it came time for Stuart to put his Emmy reel together, he remembered what soap vet and multiple Emmy-winner Cady McClain taught him back during their All My Children days. “I think brevity is important in making a reel and Cady McClain taught me that it has to have a structure, a flow,” he told Digest. “Open with something flashy, then in the middle, you put some heart, and you close with some romance or a joke.”

So, Stuart chose some scenes with Finola Hughes’ Anna saying “supporting her is easy.” Plus, he added some scenes from the Bailey Lou saga and now he just has to wait for the ceremony.