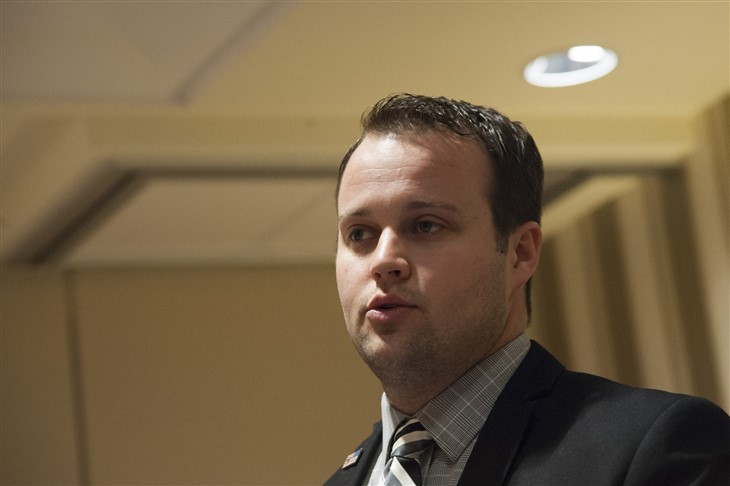 Josh Duggar currently resides behind bars as a result of his child pornography charges. But before his latest scandal, the “19 Kids And Counting” alum tried out various career paths. And now a former coworker from one of those jobs has decided to spill the tea.

Find out what Josh got labeled on his previous job. And discover why his associate slammed him. Get the latest Josh Duggar news below.

Regardless of the job, certain truths seem inevitable. For instance, someone always wears too much perfume or aftershave. And at least one employee typically gets labeled as the one who annoys everyone. Now a former coworker of Josh Duggar has revealed that Josh earned that label. And in two Ask Me Anything (AMA) sessions on Reddit, Josh’s colleague spilled details.

“I worked with Josh in DC. He came to my office in 2013 to ask me to be his assistant and travel with him,” recalled Duggar’s associate. “I turned him down due to planning to leave for a new job in a couple of weeks.” But although the tell-all commentator didn’t travel with Duggar, he did recall Josh’s job performance.

For example, the AMA questions included pointing out that Josh got home-schooled. “In a professional setting, was it obvious that he went to the SOTDRT (school of the dining room table)?” asked one Duggar follower. And the former colleague admitted, “Very. [Josh Duggar] would make suggestions in meetings and everyone would look around awkwardly. He clearly didn’t understand how the world worked.”

But those hoping to hear that Josh Duggar came up with outrageous ideas on the job got disappointed. Because instead, Josh’s former colleague felt that the reality TV alum just came off as uneducated. Or as one Duggar follower pointed out, “Oooh. He was THAT guy.”

And the associate of Josh’s also recalled specific examples after calling Duggar’s ideas “not extreme, just stupid.” For instance, the former reality TV star would say, “Oh this would be a fun fundraising email to send!” Or Josh might suggest,” What if we had [this specific] person come speak?” However, regardless of what Duggar suggested, his former coworker noted it never worked. “And it was always stuff that would never get off the ground,” he shared.

But one example that delighted the AMA attendees concerned Josh’s ego. Apparently Duggar showed up late to a meeting and assumed everyone would wait until his arrival to start. Wrong. “I do have a very clear memory of him coming into a meeting like ten minutes late and thinking we were going to start the meeting now that he had arrived, only to realize the other fifteen people present had started the meeting at the scheduled time!” recalled Josh’s former colleague.

Tell us what you think. Do you feel intrigued that Duggar seemed unaware of how his colleagues felt about him? And would you like more AMA revelations about Josh? After you share your views, check back on our site for more celebrity and reality TV news.

DOOL Spoilers: Lucas Came In Contact With The Killer, Tried To Save Abigail’s Life