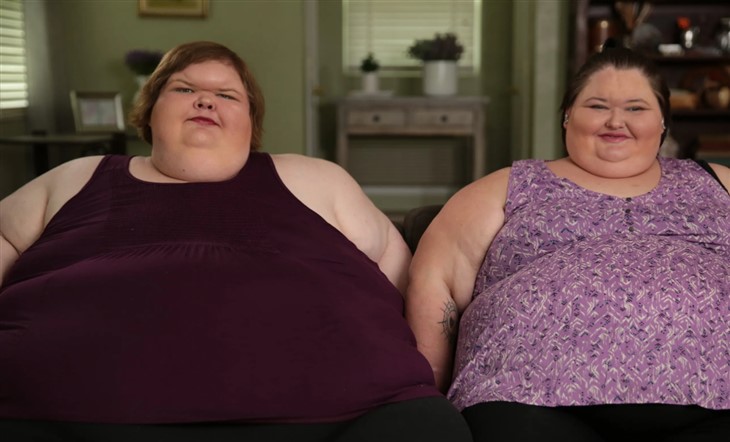 1000-Lb Sisters spoilers, news, and updates tease that Chris Combs shared his weight difference in before and after photos on social media.

Chris Combs was introduced to the TLC show when his sisters, Amy and Tammy Slaton, signed up to document the progress of their weight loss journey until they are qualified to undergo bariatric surgery. During its first season, Amy was the first one to experience the surgery and lost more than 100 pounds until the end of Season 3.

Meanwhile, Chris argued with Tammy when she struggled to maintain her diet and exercise and spent a lot of time partying with some friends, drinking alcoholic beverages, and eating unhealthy foods. He expressed his disappointment towards his sister, saying: “I’m kind of upset you don’t want to stay on the wagon and do it right.”

In his latest social media post, Chris gave his fans an update about his weight loss journey. In the first photo, he wore an oversized shirt, but the second image shocked fans as it showed Chris’ massive weight loss. He captioned: “I would have to say that this has been the hardest but the most rewarding journey I’ve ever done.”

Fans flooded his post with compliments, saying: “You should be so proud of yourself! You are amazing! I love watching you and your journey!” One fan wrote, “Good for you, Chris! What an amazing accomplishment! You look great!” Another one chimed in, “Congratulations on your weight loss journey. Prayers for continued success and renewed strength.”

In other news, Amy Slaton celebrates every milestone of her pregnancy, and on its 25th week of being pregnant, she gave a hint on what her child’s name would be. She recently posted photos from her pregnancy tracker app, which gave the length and weight of the baby.

She captioned the post: “25 weeks already!!! 13 more weeks until I meet my little boy… No, he doesn’t have a name yet. We have a few names in mind, we’re going to pick one when he’s here… Of course, horror-related matches Gage. Lol”

Fans gave their horror names suggestions in the comment section, “GRADY from the movie The Shining by Stephen King. Gage and Grady would be so cute.” One fan wrote, “Michael, like Michael Myers. I’m a huge horror fan myself.” Another one chimed in, “Tommy from Halloween Kills.”