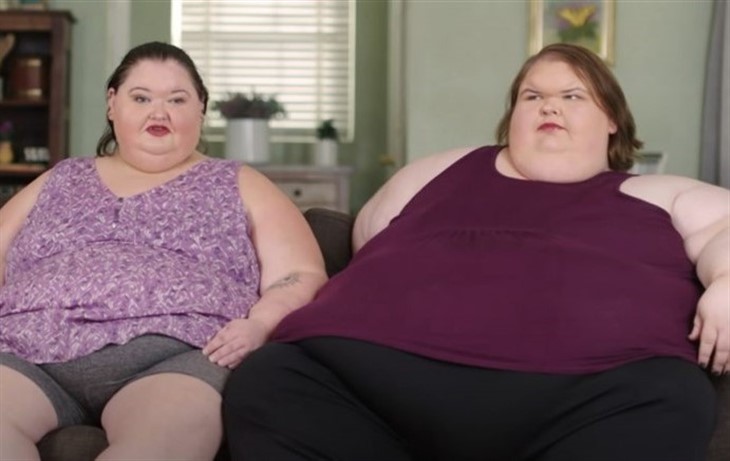 1000-Lb Sisters sisters feared that the new show, 1000Lb Best Friends meant the end of the Slaton sisters on TLC. Well, Tammy already let it slip that fans can expect a new season to come along. Certainly, it sounds like good news for those fans who feared that the network might drop Amy Halterman and her sister, knowing Tammy might die. Now that the news was shared again, fans reacted to the fourth edition.

In early March, fans who follow Tammy on TikTok saw that she shared a very strong hint that Season 4 was in the works. It came when fans pressed Tammy about her rehab and weight loss. In her reply, Tammy said, “I’d love to give you a weight loss update…But you’re going to have to wait until season 4 comes out.” Well, the last time fans saw Tammy, she was rushed off to hospital as she quit breathing. Additionally, they saw her finally admit that she was “ready” for rehab again.

1000-Lb Sisters did hear from Tammy’s brother Chris right at the end of the last seaosn, that Tammy did well in rehab. In fact, he hinted at a major loss of weight. If that really happened, then possibly Season 4 might bring less speculation that Tammy’s about to drop dead at any minute. Recall, she went to rehab before but checked herself out. Later, after she split from her new boyfriend, she tossed her diet in the bin and started drinking and vaping a lot. Well, now that the news comes that Season 4 seems to be confirmed, fans reacted to the news on Instagram.

On Instagram, a fan page for the show posted up a photo of Tammy. In the caption, it read, “Hey guys! Sorry we haven’t been posting it’s been very busy. Can’t wait for our new season we will try to post more ❤️❤️❤️😍😍.” Well, it’s not actually run by Tammy or Amy Slaton, but the page seems to get things accurate most of the time. Many of 7K people who follow the account reacted in the comments.

While many 1000-Lb Sisters fans grow angry with Tammy who seems toxic towards her sister Amy, they still want to watch more of the show. That became evident in the comments section of the post. Rumors emerged that Tammy paid for her own rehab and she lost her home. So, many people expect to see some problems arise as Tammy might move back in with Michael and Amy. Actually, the larger ladies bring loads of drama, so fans can’t wait for it.

1000-Lb Sisters fans seemed unanimously excited about the potential renewal of the show. Here’s what some of them said about it:

Following you from Norway! Love the show and your family 👏😍.

Hey Tammy, I’m really looking forward to the new season, can’t wait!! Greetings from Germany to you in Kentucky!! 😍❤️

Hi Tammy so pleased your doing another season your all awesome 👌🏼”