1000 Lb Sisters Spoilers: What Keeps Getting Tammy Banned On Tik-Tok? 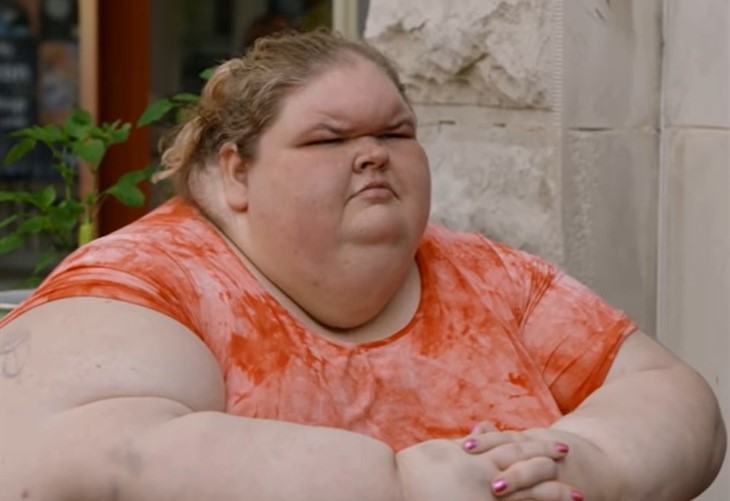 1000 Lb. Sisters Spoilers suggest that once again Tammy Slaton has been banned from Tik-Tok. What has got the 1000 Lb. Sister’s star banned this time?

1000 Lb. Sisters star Tammy frequently posts on Tik-Tok offering updates for her fans. Unfortunately, since Tammy has been in rehab, it’s the only way that fans know about her health. However, Tammy tends to attack fans as well as possibly jeopardize her contract with TLC. Tammy has been banned time and again for her actions and suddenly, she’s gone again. Why has Tammy been banned this time, here is what fans think?

Tammy was popular on YouTube before she and Amy scored popularity before they started their tv show. The number of views on YouTube is a huge part of why TLC gave the ladies a spot on TLC. Tammy has since continued to share her lip-syncing videos and updates on her health and weight loss journey. So why does Tammy constantly get banned from the social media forum?

1000 Lb. Sisters Tammy ended last season returning to rehab for her food addiction. Unfortunately, the day after Tammy arrived, she ended up in the hospital on life support. Tammy almost died from carbon dioxide poisoning and her family was left to give fans the near-tragic news. Chris Combs, Tammy’s brother, shared the news that she had lost over 100 pounds in 30 days. Fans have been desperate for information about Tammy since she returned to rehab. Tik-Tok has been the only forum where Tammy has shared any personal information about herself.

1000 Lb. Sisters – Why Do Fans Believe Tammy Slaton Has Been Banned?

1000 Lb. Sisters fans believe that Tammy has been banned over selling merchandise or breaching her contract with TLC. Tammy and Tik-Tok have a very contentious relationship. However, Tammy doesn’t disappear for very long at a stretch. There are also other outlets where Tammy can offer updates on her situation until she gets her account back on Tik-Tok. It is very likely that everyone has been banned from giving away too much information about Tammy’s rehab stay. Will Tammy have her Tik-Tok back before the new season appears? Will there be another season of 1000 Lb. Sisters?

Fans are patiently waiting for news about the new season of 1000 Lb. Sisters. Fans also want to know about Tammy’s progress. Will Tammy fan a new way to keep in touch with her fans?