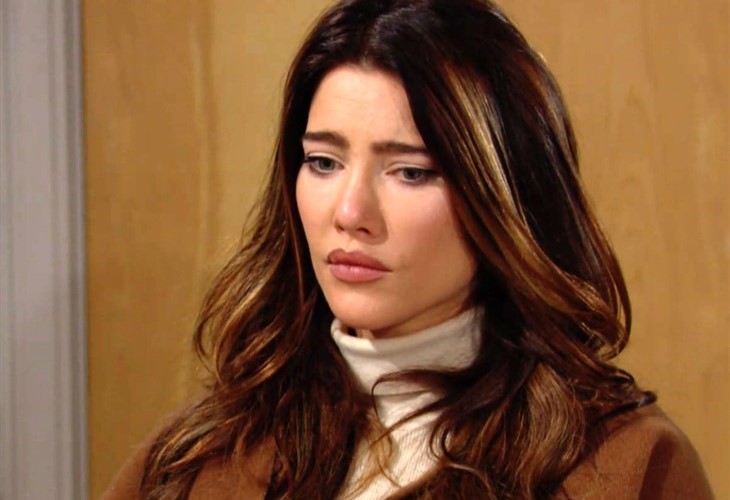 The Bold And The Beautiful Spoilers – Forgetting John ‘Finn’ Finnegan

B&B spoilers reveal that Steffy has woken up from her coma. At first, it seems as if Steffy’s memory is intact. However, it is teased that soon could turn out not to be the case. Steffy knows who she is and recognizes her family. However, it is suggested that Steffy might not remember Finn. It is further hinted that Steffy actually believes she is still married to Liam Spencer (Scott Clifton).

B&B Spoilers – No Memory Of Son

While fans are busy talking about Steffy forgetting Finn, nobody is really talking about their son. If Steffy can’t remember meeting or marrying Finn, then she won’t remember Hayes either. Right now, Hayes is still a baby and probably won’t know what’s going on. However, he might cry for his mother and not understand why his parents haven’t come home.

The Bold And The Beautiful Spoilers – Rejecting Hayes Forrester Finnegan

The Bold and the Beautiful spoilers reveal that Steffy’s loved ones might try to jog her memory. One way they could do this is by bringing Hayes to Steffy. However, it might backfire in the most heartbreaking way. What if Steffy not only doesn’t recognize her baby boy but outright rejects him?

Another possibility is that Steffy will accept Hayes but could insist that his father is Liam. This might be partly why Taylor Hayes (Krista Allen) suggests Liam play the part for a little while. Taylor wants her daughter’s full memory to come back, but it needs to be in Steffy’s timing. Any forced “reality checks” could cause Steffy to go into shock or she might have a complete breakdown.

Executive producer and head writer Bradley Bell told Soap Opera Digest that nothing would ever be the same. Does this mean that Steffy will never remember Finn or Hayes? Does it refer to Liam falling in love with Steffy all over again, leading Hope Logan Spencer (Annika Noelle) to have a broken heart?

We can’t imagine Hope or Brooke Logan Forrester (Katherine Kelly Lang) standing by while Liam plays house with Steffy. This situation could get very messy and complicated. Plus, what does this mean for Hayes? We will have to keep watching the CBS soap to see what happens next.

GH Spoilers: Spencer Is Arrested Again…And So Is Cam