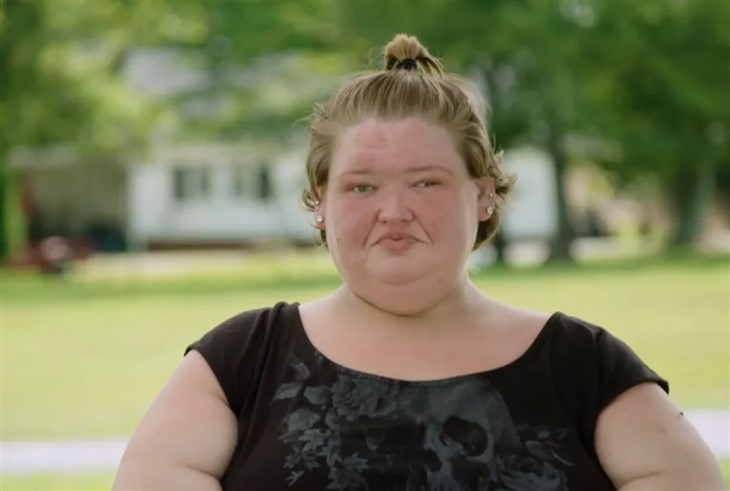 Sisters Season spoilers and updates tease fans are wondering if Amy Slaton will film for season 4 or if she’s planning to leave the show for good and focus on raising her family.

Fans know that there have been a lot of changes in Amy’s life ever since she joined the show. Viewers have followed her weight loss journey for two years and she has gone through failures and successes in getting rid of those unwanted pounds.

She qualified for bariatric surgery. She’s given birth to her first son and is now carrying her second child. She even managed to lose more weight and achieve her target goal before her sister, Tammy Slaton. But recently, the reality TV star hinted that she wants to focus on her family.

Amy made it clear that she wants to be there for her family and doesn’t want to miss any opportunity to be with her children and watch them grow. But that may be easier said than done since she’s pregnant with her second son.

Some viewers are wondering if she’ll film the new season while she’s pregnant. Amy admitted that filming has become more difficult for her especially since she’s pregnant and needs to care for baby Gage, as well.

Another reason why she seems to be reluctant in doing another season is that she has to leave baby Gage at his grandmother’s house. This makes Amy feel like she’s a “bad mother” for doing so.

Amy wants her pregnancy to be healthy and filming for hours may not be good for her or the baby. In an interview with InTouch, Amy said that she’ll be willing to film for another season if the show execs agree to cut back her work hours.

Once Amy gives birth to her second child, it’ll be difficult for her to film since she’ll have to take care of the newborn and Gage, too. Nothing has been confirmed yet so fans will just have to stay tuned to know whether Amy will stay or leave in season 4.

As for Tammy, she’s currently admitted to rehab for her food addiction. Before season 3 ended, Tammy was taken to the hospital and was placed in an induced coma. She’s now slowly recovering and it seems like she’s doing better.