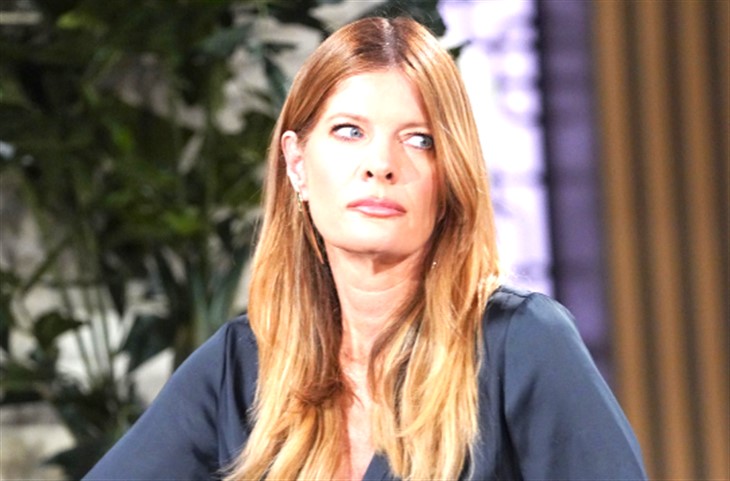 Viewers of The Young and The Restless will see Phyllis enter Crimson Lights on Thanksgiving and spot Sharon Rosales (Sharon Case) preparing Thanksgiving meals for the homeless of Genoa City. Longtime viewers of The Young and The Restless will recall that Crimson Lights has dished up a Thanksgiving feast for those less fortunate previously as well, and Phyllis pleasantly surprises Sharon, when she volunteers to help. Phyllis portrayer Michelle Stafford notes that Phyllis doesn’t hate Sharon, even though they have been romantic rivals over their mutual ex-husband Nick Newman (Joshua Morrow).

Sharon and Phyllis have had some situations which brought them closer together – such as when Nikki Newman (Melody Thomas Scott) killed JT Hellstrom, (Thad Luckinbill) Victoria Newman’s (Amelia Heinle) abusive husband. Sharon and Phyllis helped bury him. Then more recently, there was Sharon’s bout with breast cancer, when the two rivals actually bonded a little bit. Michelle notes they’ll never be best friends, but they are more than frenemies and certainly not enemies.

Viewers of The Young and The Restless will recall that Nick and Phyllis recently broke up again, and things are anything but comfortable between them. They tried a meal together at Society in a recent episode of The Young and The Restless, but it didn’t work. Before Sharon can give Phyllis anything to do to help with the Thanksgiving meal for the homeless, Nick comes in carrying a bunch of boxes.

He spots her and tells her “Happy Thanksgiving,” but things are still very uncomfortable and awkward between them. However, they’ll get through it, because they have reconciled and broken up several times before. Phyllis feels a bit disenfranchised, however, when she sees how well Nick and Sharon are getting along. The last thing she wants is to find herself becoming jealous of their rapport – Phyllis refuses to be intimidated or challenged by how Nick and Sharon get along –after all, they too have history.

The Young And The Restless Spoilers – Phyllis Summers Has To Retreat, But Someone Shows Up Unexpectedly

Viewers of The Young and The Restless will see Phyllis becoming uncomfortable watching Nick and Sharon interact, and she has to retreat. Michelle says Phyllis is viewing it like he’s going back to Sharon in spite of herself, and she just has to get out of there. Longtime viewers of The Young and The Restless will remember that Sharon was Nick’s first wife, and they married very young. Phyllis was the mistress and then after they broke up when Phyllis cheated on Nick with Jack Abbott (Peter Bergman) Nick had returned to Sharon.

Faith Newman (Reylynn Caster) was conceived during the time they were back together again. It’s not like Phyllis feels threatened – she’s just mad! She then returns to her hotel suite and decides to lay down after phoning both Summer Newman Abbott (Hunter King) and her son Daniel Romalotti (Michael Graziadei) and wishing them a Happy Thanksgiving. However, she has a surprise wakeup call when someone knocks on her door after she’s dozed off. It turns out that Gloria Abbott Bardwell (Judith Chapman) is at her door, and wants to know if she wants some company on Thanksgiving! Gloria treats her to a special journey that turns out to be a really wild ride, and it will definitely kick Phyllis out of her doldrums!